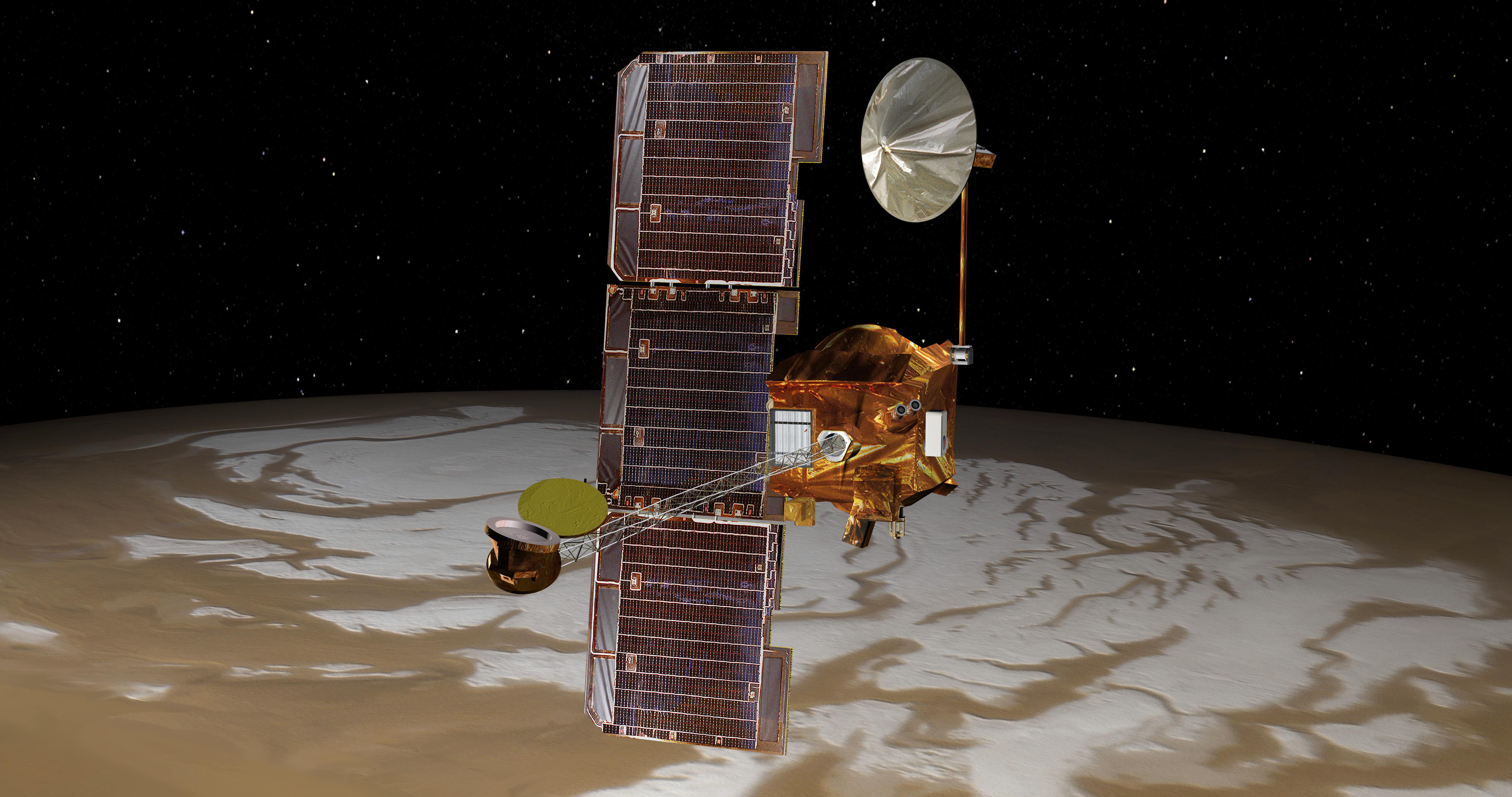 The 2001 Mars Odyssey mission is NASA's longest-lasting spacecraft at Mars. The spacecraft launched on April 7, 2001, and arrived at Mars on October 24, 2001, 0230 Universal Time (October 23, 7:30 pm PDT/ 10:30 EDT). Its mission includes making the first global map of the amount and distribution of many chemical elements and minerals that make up the Martian surface. It successfully completed its primary science mission from February 2002 through August 2004. The orbiter's extended operations continue today. 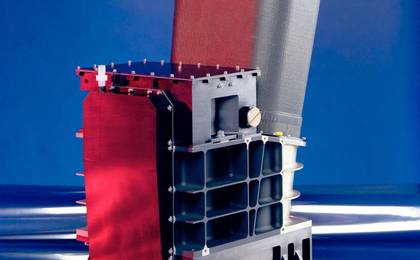 For determining the distribution of minerals, particularly those that can only form in the presence of water 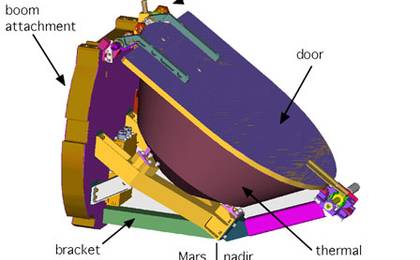 For determining the presence of 20 chemical elements on the surface of Mars, including hydrogen in the shallow subsurface (which aids in determining the amount and distribution of water ice) 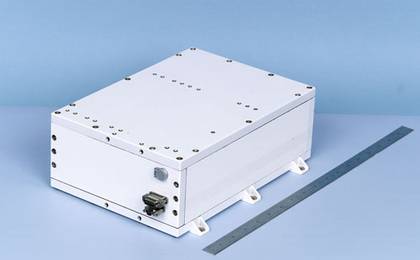 For studying the radiation environment above Mars. 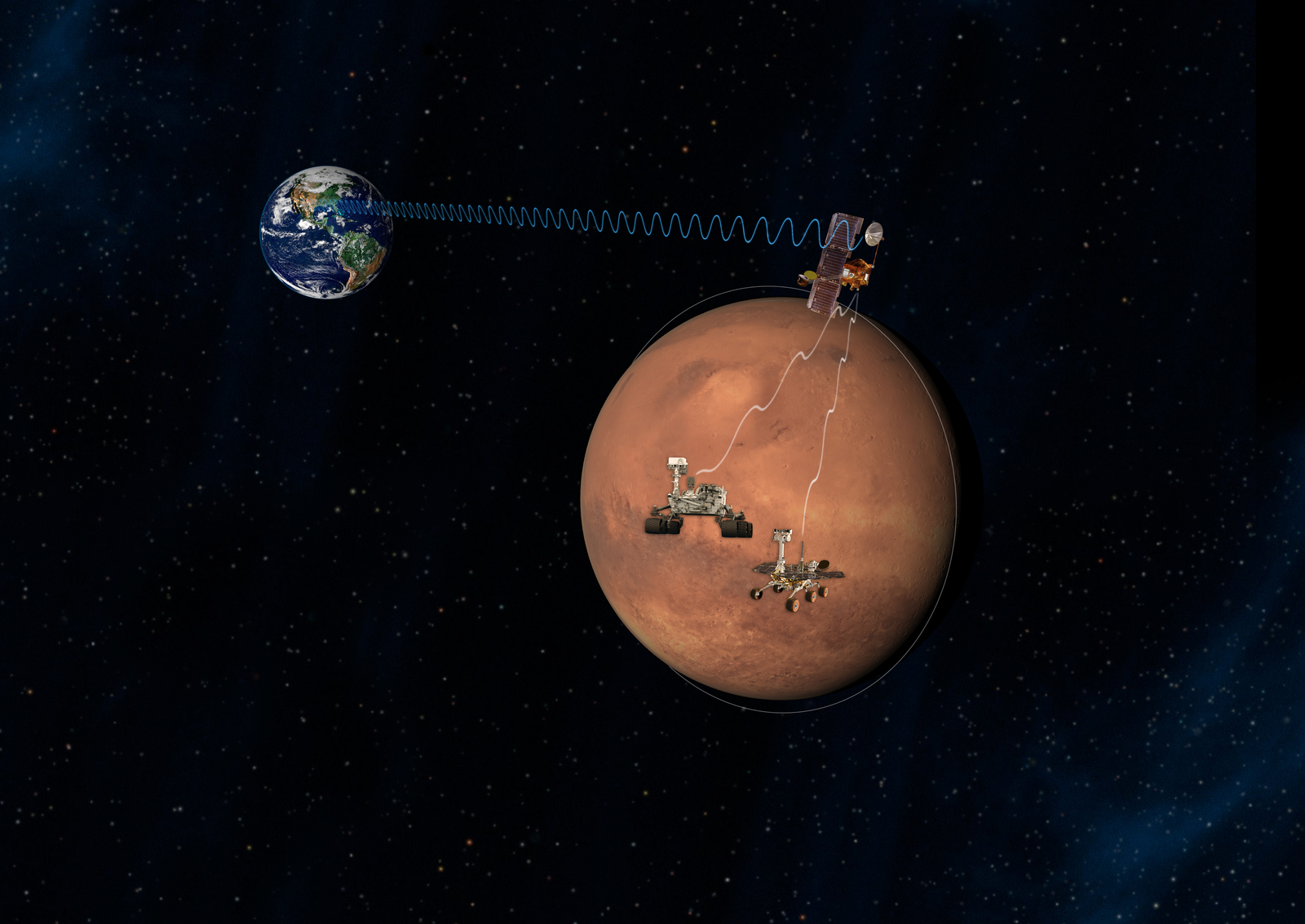 The Odyssey orbiter is a communications relay for rovers and landers on Mars including the Mars Exploration Rovers "Spirit" and "Opportunity," the Mars Phoenix lander and the Mars Science Laboratory's Curiosity rover. Images and other measurements from Mars Odyssey help identify potential landing sites for rovers and landers.