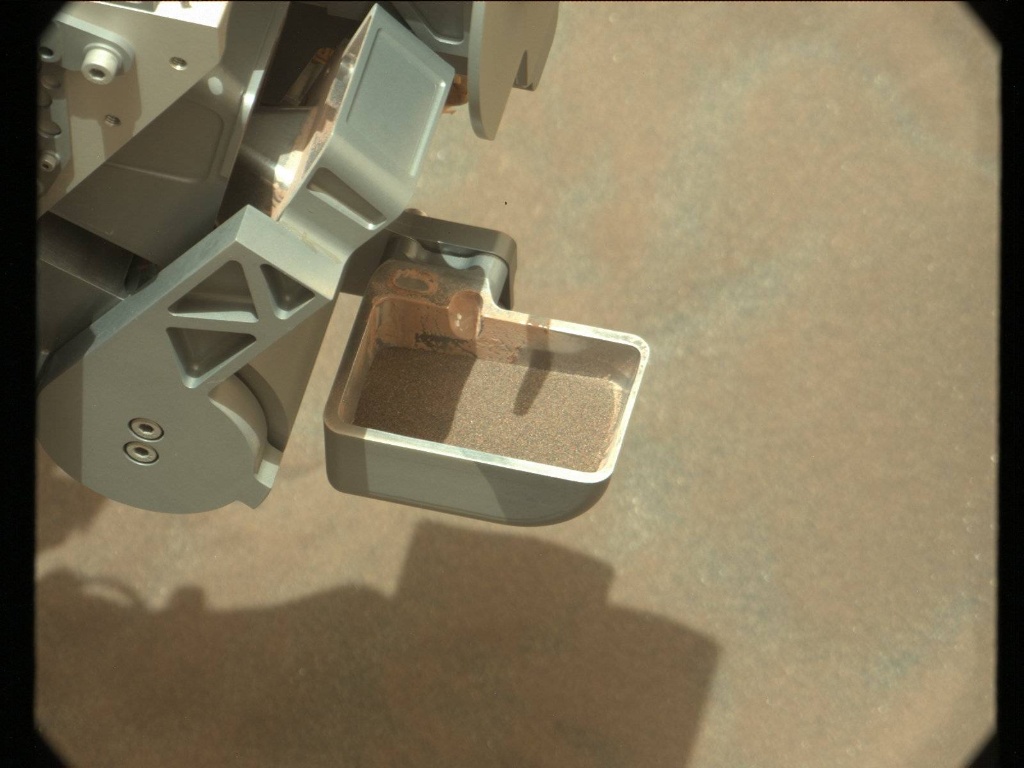 Yesterday afternoon the downlink included some results of ongoing drill feed diagnostics that warrant a further look before proceeding with the dune campaign, so the arm activities from Sol 1652 were pulled from the plan and we did not drop-off to CheMin. But we did receive some beautiful images of scoop OG1, as shown in the above Mastcam image. Today’s plan is a great opportunity to do some targeted remote sensing activities that we haven’t been able to accomplish due to power constraints earlier in the week. The first science block includes ChemCam observations of "North Brother" and "Avery Peak" to investigate undisturbed sand and to look for changes in sand composition along a ripple crest. Then Mastcam will document the ChemCam targets and take several change detection observations. Later in the day, the GEO theme group requested a ChemCam observation of "Baxter Peak" to investigate changes in composition along another large ripple crest. We also planned two Mastcam mosaics to document sedimentary structures and changes in the Murray formation at nearby outcrops. Meanwhile, the ENV theme group used the remote sensing sol to catch up on normal cadence activities, which had been partially suspended to provide as much time as possible for the dune campaign. ENV added a Navcam supra-horizon movie to try to capture cloud activity above the crater rim. Additionally, Mastcam was planned to capture a mid-week tau, to continue tracking changes in atmospheric dust between the usual weekend observations. The plan also includes a four-frame, Navcam dust devil survey to cover as wide an area across Gale as possible, and REMS and DAN observations were included as usual.

By Lauren Edgar and Michael Battalio

--Lauren is a Research Geologist at the USGS Astrogeology Science Center and a member of the MSL science team. Michael is a Ph.D. candidate in atmospheric science at Texas A&M, and today’s ENV Science Theme Lead.