Sol 1686: March to the Megaripples

By Michael Battalio, Atmospheric Scientist at Texas A&M University
May 03, 2017 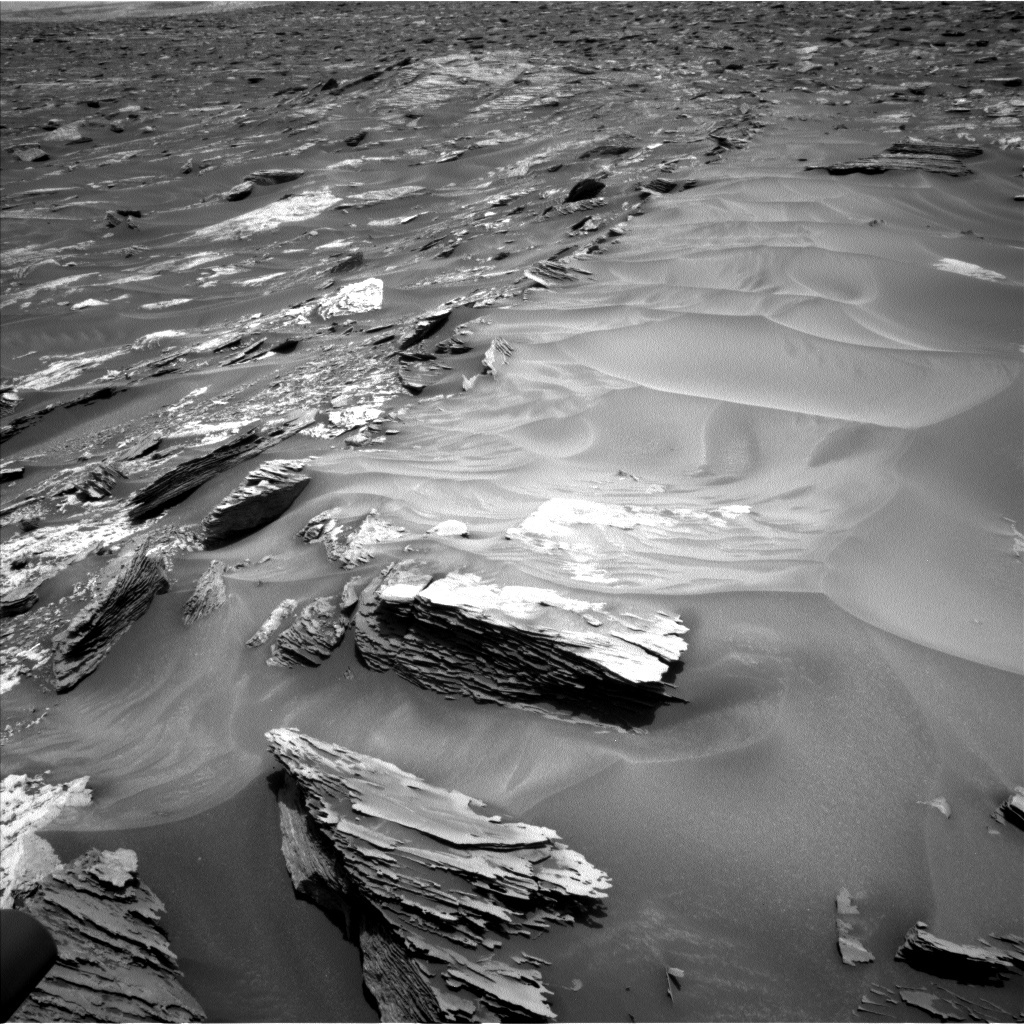 Continuing the steady march up Mt. Sharp, Curiosity drove 18.3 m to bring us closer to a series of features being called megaripples, which are darker and larger ripples than were seen on the Bagnold Dunes. Touch-and-go was again the option for this plan (see Sols 1684 and 1685), and GEO made use of it with contact science on two targets, "Newport Ledge" and "Sugarloaf Mountain." These two targets are the closest two rocks protruding above the sand in the Navcam image above. MAHLI will target Newport Ledge to gauge grain size and distribution. A series of observations by APXS and ChemCam on Newport Ledge will continue to investigate the variations in the Murray bedrock over the course of the ascent up Mt. Sharp. Mastcam will target Newport Ledge and Sugarloaf Mountain to look at stratification and layering. After a drive that should take Curiosity to the edge of the megaripples, ChemCam will perform an AEGIS activity, and Navcam will document the new surroundings.

In working as the ENV theme lead today, I planned a pair of afternoon dust observations with Mastcam, looking in the direction of the sun and towards the crater rim (a line-of-sight extinction). As usual, REMS will capture the top of the hour five-minute observations and hour-long blocks of environmental measurements. In addition, a two-hour block of high-resolution data for the humidity sensor will be taken in the early morning. The high-resolution capture of humidity data is only sparingly used because it requires the ground temperature and wind sensors to be turned off as the heat they generate interferes with the humidity measurements. A DAN passive and post-drive active measurement will be acquired as well.