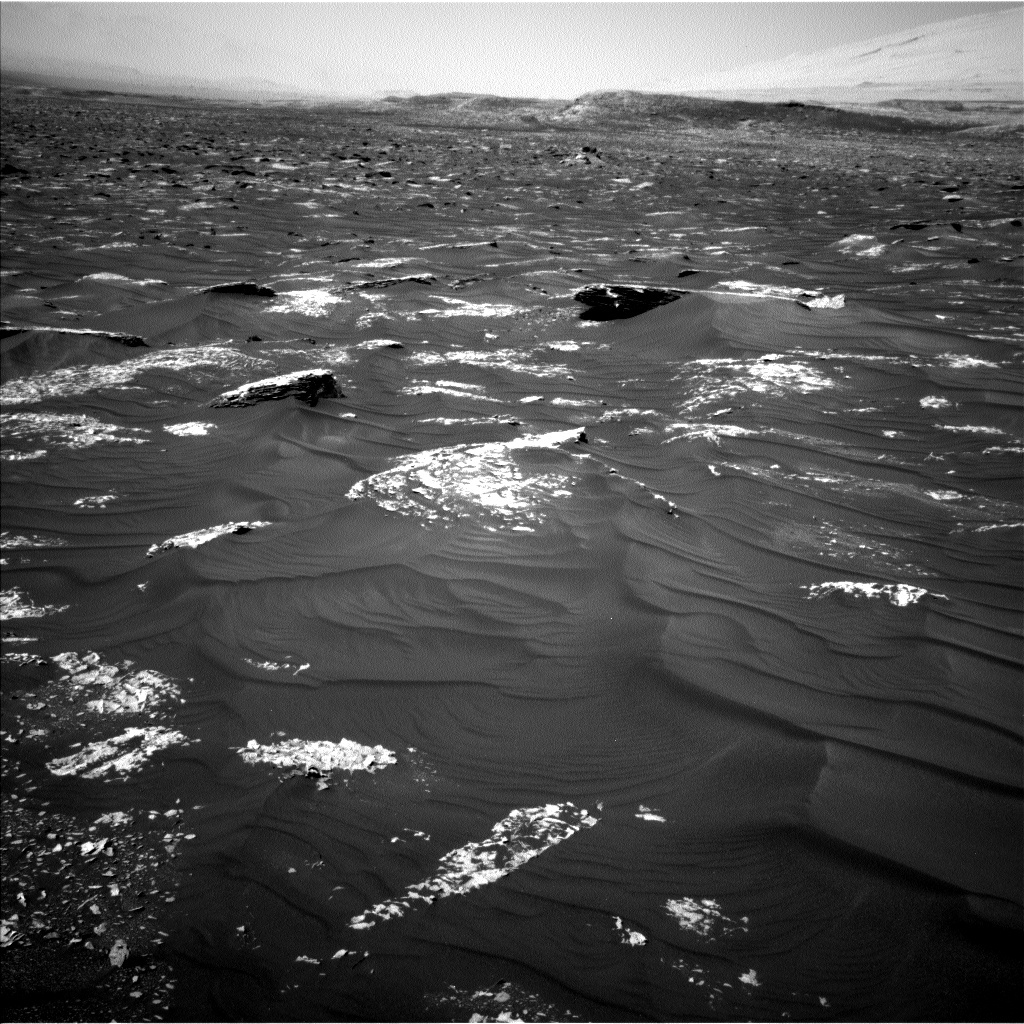 I had a busy day as the ESTLK.  At the start of operations, we discovered that the drive yestersol faulted prematurely after about only 15 m, which was roughly half the expected distance.  The drive halted because one of the middle wheels experienced a large up and down motion as if going over a large rock.  Due to the short distance since the last contact science and the uncertain nature of the stability of the terrain at Curiosity’s position, arm activities were ruled out due to the possibility of the rover shifting during arm motion.  Thus, a possible touch and go plan was scaled back to only a drive away from the faulted position.  This opened up a lot of science time, particularly for ENV.

ENV planned a late afternoon supra-horizon movie (SHM) and a zenith cloud movie.  The SHM is pointed just above the horizon due north so is sun-safe all day, but the zenith movie must be captured late or early in the day to allow for Navcam imaging to be sun safe, as the camera is pointed nearly vertically.  Sandwiched between the cloud movies, Navcam will take a 30-minute dust devil movie to try to catch dust devils in motion.  In the early morning of Sol 1788, there will be a morning imaging suite with second SHM and zenith movies from Navcam, and Mastcam will take a tau and LOS measurement.

ChemCam will be marked healthy tosol from the anomaly over the weekend plan, but in an abundance of caution, GEO will only request one ChemCam observation of "Deadman Ledge," which is an area of exposed Murray bedrock at the base of Vera Rubin Ridge.  The bulk of science will be performed by Mastcam, which will image "Folly Ledge," an area of exposed fractures, "Cubby Hole," an area of sand disturbed by the drive, a mosaic of the "Hupper" target from the Sol 1786 plan (outcrop of rock near center of the above image), and a documentation image of the ChemCam target.  The Rover Planners also requested a Navcam image part way through the drive to look at what rock might have triggered the drive fault.