Sol 1943: From the South Rim of Vera Rubin Ridge 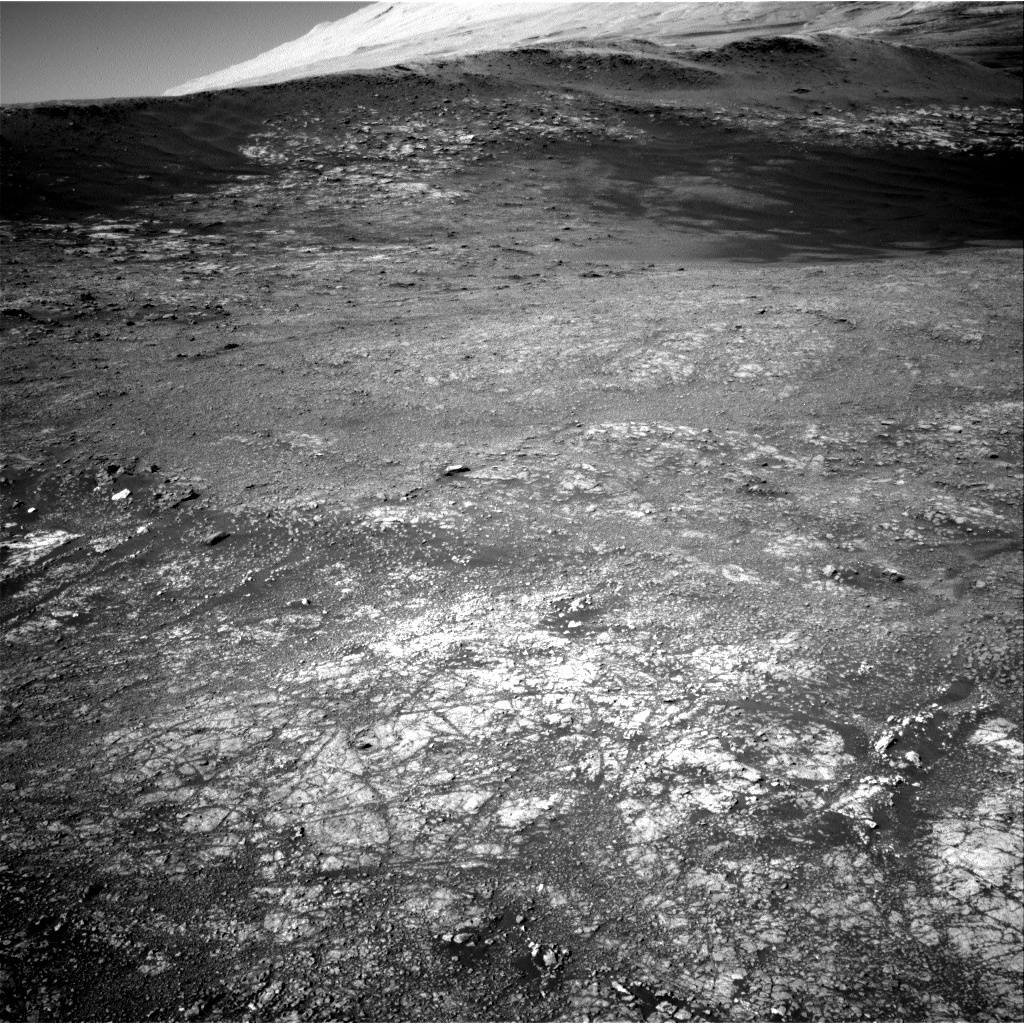 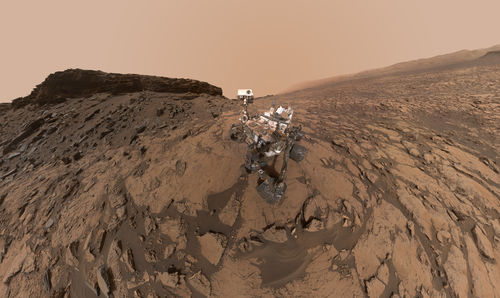 Curiosity Self-Portrait at 'Murray Buttes'
This September 2016 self-portrait of NASA's Curiosity Mars rover shows the vehicle at the "Quela" drilling location in the scenic "Murray Buttes" area on lower Mount Sharp. The panorama was stitched together from multiple images taken by the MAHLI camera at the end of the rover's arm.
Download full image ›
Having spent 1943 sols on the surface of Mars, Curiosity is in its 6th Earth year on Mars, but it is in its 3rd Mars year of exploration. That means Curiosity has encountered this season of the year twice before. Today happens to be calendar Sol 255 of Mars year 34. We're just a little past the deepest part of winter in the southern hemisphere, where Curiosity roams. On this day in history in Mars year 32 (which happened to be 19-April-2014 on Earth), Curiosity was just arriving at the Kimberley site, where she found manganese-oxide fracture fills and sanidine-rich sediments. And on this day one Mars year ago (6-March-2016), Curiosity was climbing onto the Naukluft Plateau, starting to round the corner after its first encounter with the Bagnold Dunes, and prior to encountering the Murray Buttes. What a journey it has been for this intrepid rover!

Over the weekend Curiosity completed a drive that took her to the very southern edge of Vera Rubin Ridge (VRR), so we have downhill slopes directly in front of and around the side of the rover, though we plan to continue exploring the ridge for a while. The rover team is using the images gleaned over the weekend (like the one shown here) to look for potential geological relationships between VRR and the clay unit that lies south of it.

In today's plan the rover will take its first selfie since Sol 1466 (at the Quela drill site, September, 2016, with the Murray Buttes in the scene; see accompanying link), and will also take a close-up of the RWEB window that ChemCam looks out of, as a check for dust. (So far the window has been very clean throughout the mission; this is just another routine check.) ChemCam will do a 5x1 raster on "Foyers" and a 10x1 raster on "Eaval," and Mastcam will image these targets too. APXS will take advantage of the dust removed from "Eaval" by ChemCam's laser, and will do an overnight observation on that target, which will also be imaged by MAHLI. We will get DAN passive data and also RAD and REMS data.

On the next sol, Mastcam will take a 12x2 mosaic of "Glen Tilt." ChemCam will take passive spectra of several calibration targets on the rover. After that, the rover will spend 13 minutes driving about 25 meters nearly straight south, taking a short dip off the ridge. The rover will finish by taking images from its new position and sending the data home.