By Michael Battalio, Atmospheric Scientist at Texas A&M University
May 17, 2017 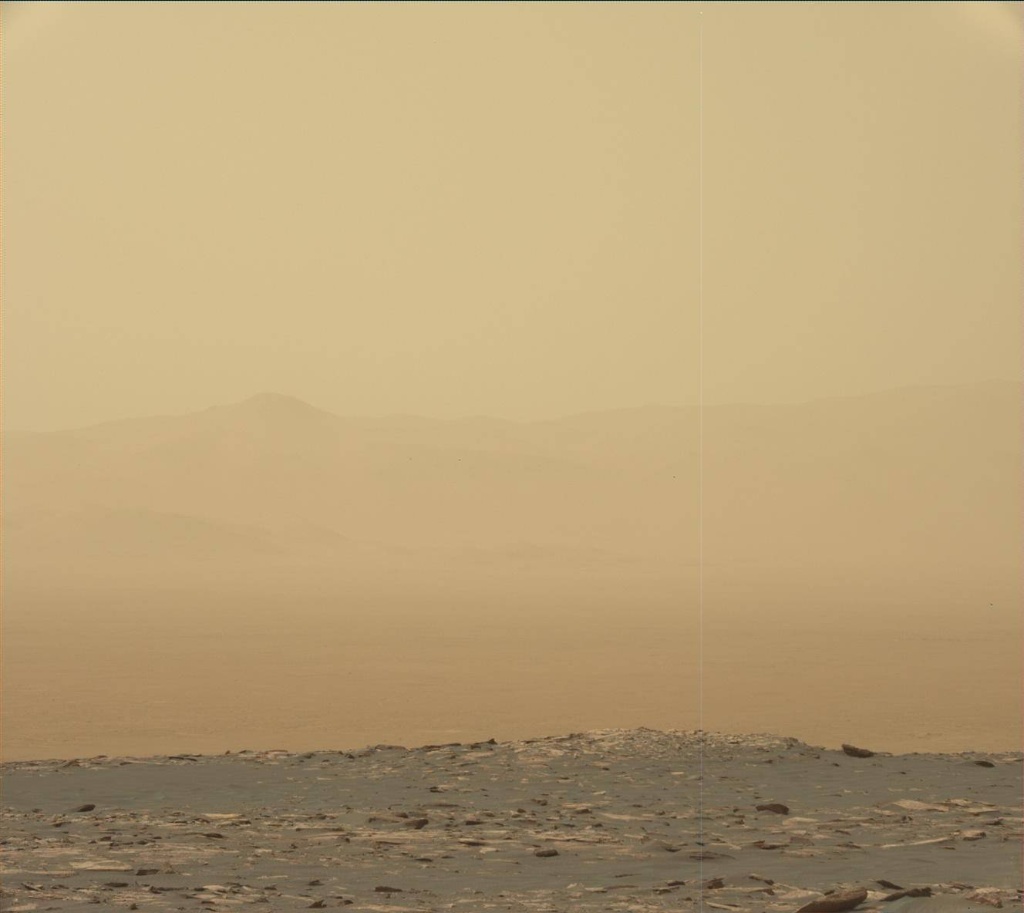 Credit: NASA/JPL-Caltech
NASA's Mars rover Curiosity acquired this image using its Mast Camera (Mastcam) on Sol 1670 Credit: NASA/JPL-Caltech/MSSS
Download full image ›
Curiosity continues towards Vera Rubin Ridge with a 48 m drive. GEO decided for the touch-and-go option (instead of lengthening the drive like on Sol 1684) using APXS and MAHLI on "Ripple Pond," a typical member of the Murray formation. Mastcam and ChemCam will follow up with observations of Ripple Pond. Mastcam will next target "Rhodes Cliff," which is especially interesting as it is tilted to show the Murray formation layers. Following these observations, Curiosity will drive and capture standard imaging for targeting in the weekend plan. After the drive, ChemCam will perform an automated AEGIS activity to measure bright patches of outcrop. 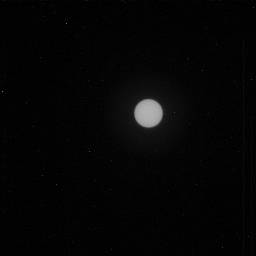 Example tau image from Sol 1670
This image was taken by Mastcam: Left (MAST_LEFT) onboard NASA's Mars rover Curiosity on Sol 1670 (2017-04-18 03:06:28 UTC). Credit: NASA/JPL-Caltech/MSSS
Download full image ›
In working as the ENV theme lead today, I planned several observations to maintain the usual ENV cadence activities. Two measurements of dust in the atmosphere will be captured by Mastcam on Sol 1700. One measurement will determine the optical depth vertically (tau), and a second will determine the amount of dust towards the direction of the crater rim (line-of-sight). Optical depth describes the amount of light attenuated (scattered or absorbed) above Curiosity. An optical depth measurement, or tau, is defined as the logarithm of the ratio of the transmitted energy flux through some layer of the atmosphere to the received energy flux. By looking directly at the sun with Mastcam, the amount of energy reaching the surface can be determined. This is the transmitted flux through the entire atmosphere. Combined with an estimate of the incident energy from the sun at the top of the Mars atmosphere from satellite observations (the received flux), a reliable measurement of the optical depth for the entire atmosphere can be made. The second dust measurement - a line-of-sight extinction (LOS), like the one pictured from Sol 1670 - does a similar calculation to the tau, except horizontally instead of vertically. On Sol 1701, Navcam will capture a supra-horizon cloud movie and will perform an independent LOS measurement for comparison to the Mastcam measurement. Finally, a dust devil movie will be taken around local noon. Normal REMS and RAD measurements as well as several DAN passive measurements and one DAN active will be captured.