Perseverance and the Search Amongst the Sand
Written by Adrian Brown, Deputy Program Scientist at NASA HQ 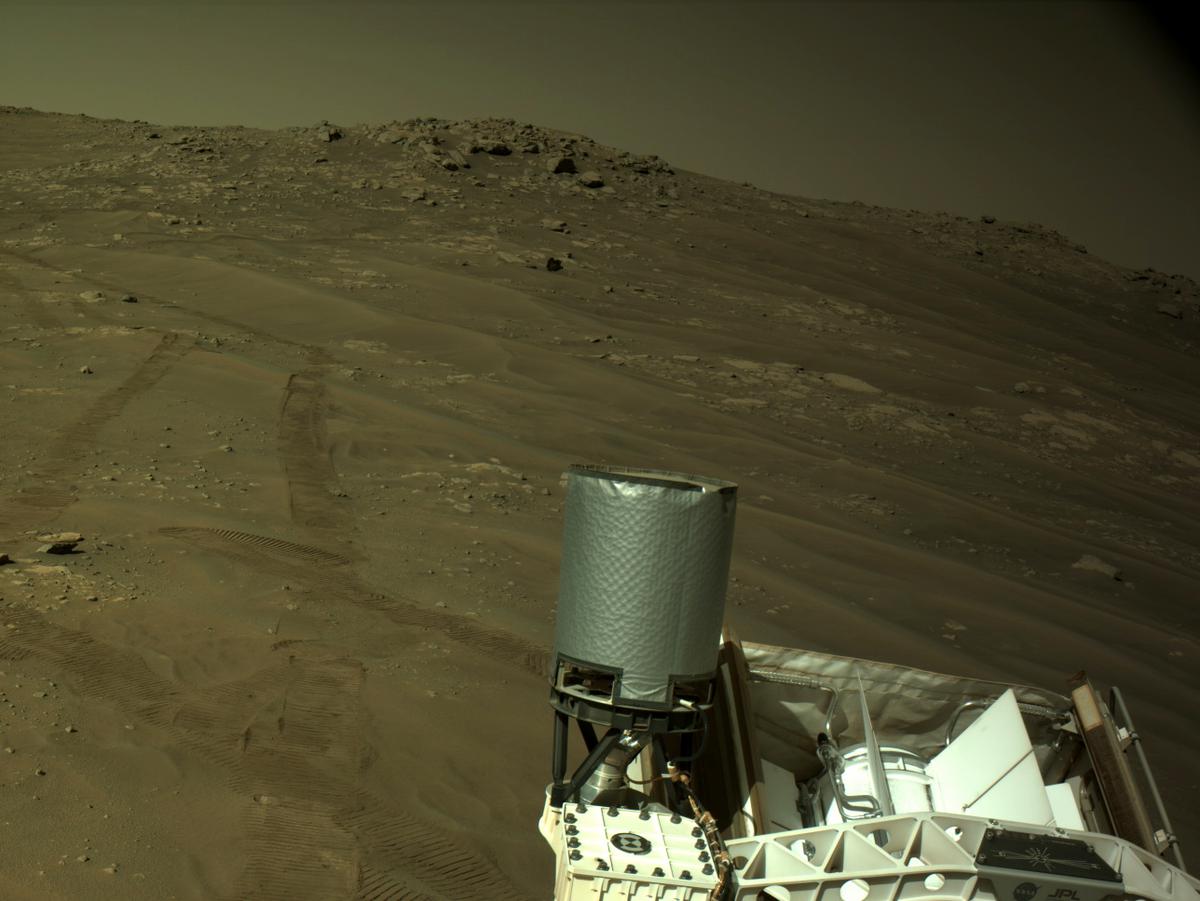 Since February 18, 2021,  Perseverance has been exploring the Jezero crater floor, including an exposure of rock and sand that the rover’s science team calls Séítah (which means “amongst the sand” in the Navajo language).

One of the main exploration targets within Jezero crater is the well-preserved delta deposit, and many of the predicted landing sites for the rover were clustered very near the scarp of this delta. However, during landing, the rover’s computer diverted the rover away from the delta to the eastern side of Séítah, which itself was considered too sandy and rocky for a safe landing.

While the rover’s detailed exploration of the Jezero delta will have to wait until later in the mission, the rover’s landing site has given the team an opportunity to dig into the geology and origin of the crater floor rock units.

During the first few months of the mission, Perseverance explored a heavily cratered rock unit containing abundant polygonal fractures and a composition similar to a basaltic volcanic rock.  In September 2021, Perseverance entered Séítah and began exploring a new and different geologic unit. The rocks in Séítah have a very interesting composition, and are mostly comprised of the mineral olivine. The rocks of Séítah also appear very similar to a geological unit that covers nearly 20,000 km2 outside of Jezero crater. Olivine is an igneous mineral, and is typically one of the first minerals to crystallize out of a magma. Scientists on the rover team are trying to understand how this olivine-rich rock could have formed. One of the ways we do this is by identifying “terrestrial analogues,” or rocks here on Earth that look similar to what the rover is seeing on Mars. One possibility could be ancient (3.5 billion year old) lava flows emplaced in Western Australia, close to the earliest good evidence of life here on Earth is preserved. The evidence of life is preserved in microbial mounds called “stromatolites”. Igneous rocks, like these Australian lava flows, can be easily dated and can provide important age constraints on the timing of geologic processes and conditions and provide context for any biologically mediated rocks that might be present. The olivine-bearing rocks of Séítah could provide important context and constraints on the timing of the Jezero crater lake.

As the rover wraps up its exploration of the crater floor, excitement is building for the next phase of the mission: the Jezero delta. Will we find evidence of ancient martian life on the delta? Stay tuned.