Nobody Tell Elmo About Issole
Written by Phylindia Gant, Mars 2020 Student Collaborator at University of Florida 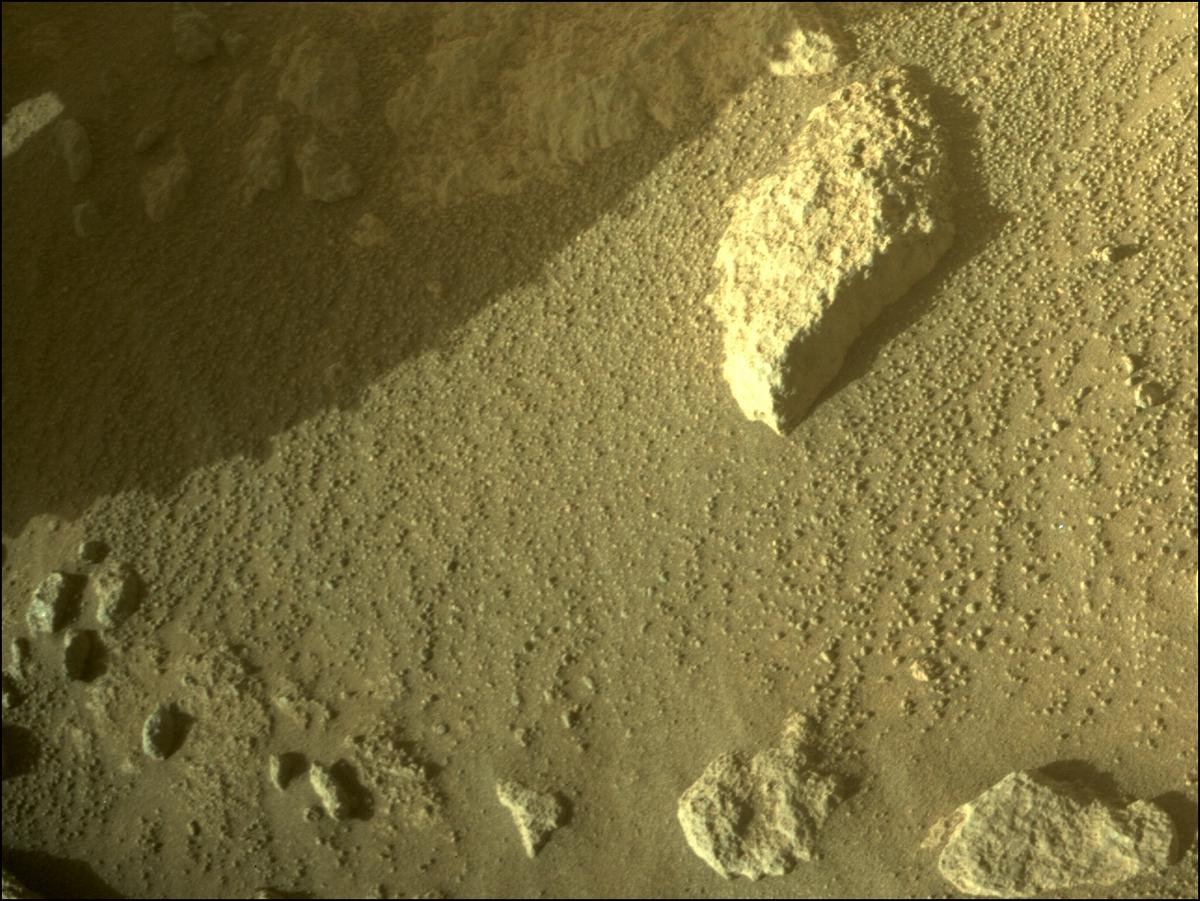 America’s favorite red monster may not be interested in rocks, but Perseverance can’t wait to keep exploring the rocks on Mars!

How does the rover study rocks up-close?

The Mars2020 Perseverance rover is equipped with several instruments that help it investigate the surface of Mars. The PIXL and SHERLOC spectrometers both sit on the Robotic Arm. In addition to measuring spectra and taking images of the Martian surface, the Robotic Arm is also equipped with a drill. The drill cuts out samples from the interior of the rock to collect them. It can also collect loose rocky material known as regolith.

The Mars2020 team was very excited to return to normal activities at the Issole outcrop, including a drill into a rock target named “Malay.” There were a few hiccups along the way. A few pebbles from a previous sampling attempt got stuck in the rover’s bit carousel, but the talented team of engineers was able to coordinate a series of “bumps” that shook loose the pebbles and drove the rover 13.5 meters to get to the perfect sampling location. Once there, they had to do some more maneuvers to get the drill arm in the right position.

Finally, late on Sunday, Perseverance resumed sampling at the Issole outcrop! A core from “Malay” was collected and the length was 3.075cm, which is a little less than half of the previous core “Robine.”

The overall goal of this mission and of taking this core is to learn more about the geology and the past climate of Mars, look for past signs of habitability, and search for signs of ancient microbial life. We can tell all of this and more by investigating….rocks!

I’m sure if Elmo knew as much about rocks as Perseverance does, he would love them too!