A River Runs Through It: Onward to the Delta
Written by Brad Garczynski, Student Collaborator at Purdue University 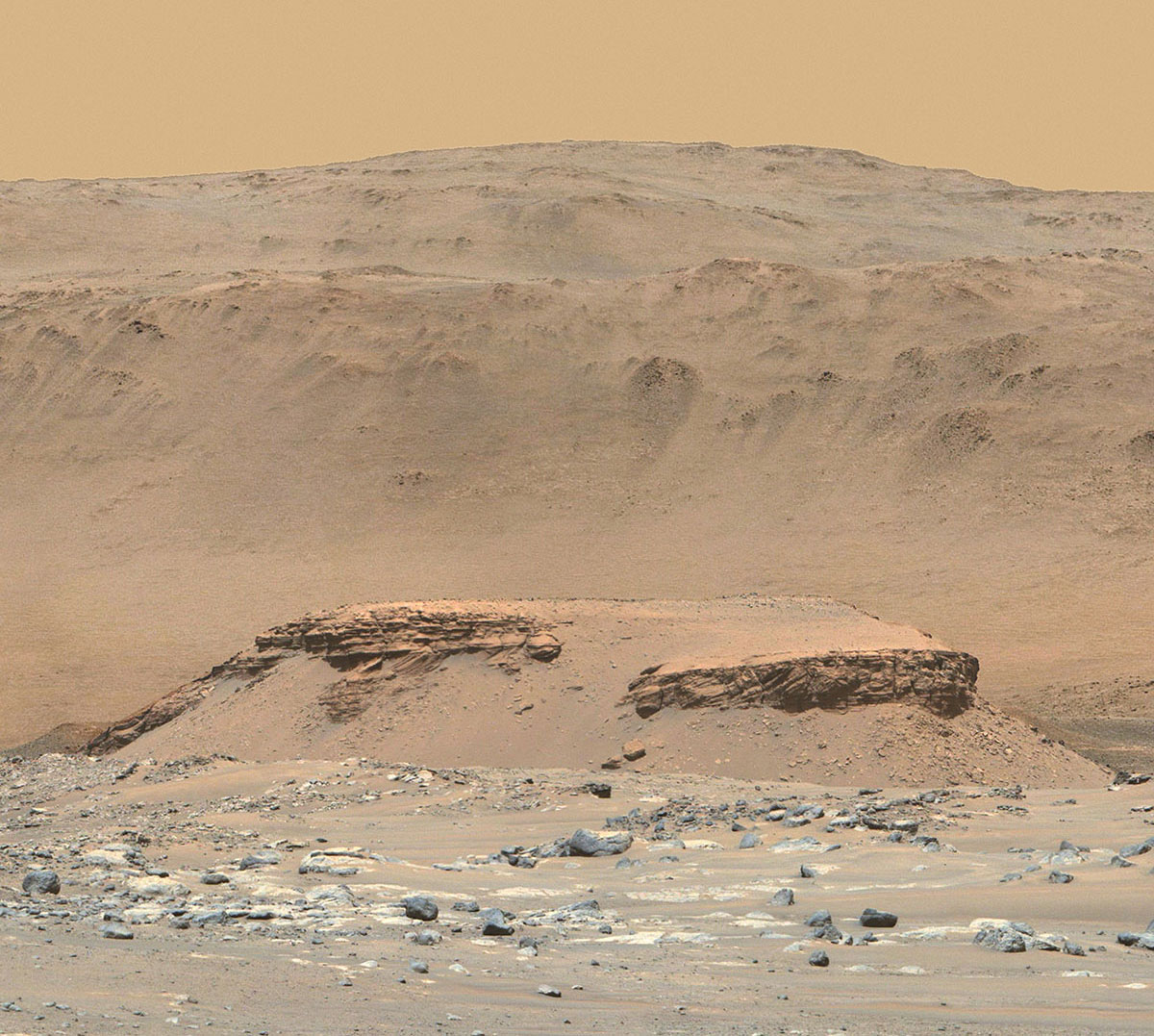 A 'Kodiak' Moment: This enhanced color image was acquired by the Mastcam-Z instrument aboard NASA’s Perseverance Mars rover on April 18, 2021 (sol 57). Kodiak, the prominent layered mound, stands approximately 2 km from the rover and is a remnant of the ancient Jezero delta. Scientists are using observations like this one to scout the rover’s traverse along the delta and prioritize science targets. Credits: NASA/JPL-Caltech/ASU/MSSS. Download image ›

The delta is calling and we must go! With one Earth year in its rearview mirror, the Perseverance rover has been racking up the odometry en route to the site of it’s next science campaign. It’s been a trip down memory lane since leaving Séítah on Sol 340 (Feb 2, 2022) and retracing our tracks back to the Octavia E. Butler landing site. Familiar views and rocks greet us like old friends as we are reminded of all the incredible science and engineering we have accomplished thus far piecing together the geologic history of our Martian abode. But while our eyes (and cameras) are set on the delta, our job on the crater floor is not yet done as we seek to collect our last crater floor memento before wrapping up our first science campaign. After a series of record-breaking drives thanks to Autonav, we arrived at our next sampling site on sol 361 (Feb 24, 2022). Our goal is to sample a Ch’ał member rock, a higher standing boulder that possibly represents a unique geologic chapter in the crater floor history that we have not yet sampled. After weeks of discussion with the science team and rover planners to identify the best target to sample, we settled on rock target “Sid.” This week the rover will be completing its usual sampling cadence of abrasion and remote/proximity science to further characterize the rock before coring.

Once we have our samples in stow, Perseverance will be kicking it into high gear around the northern tip of Séítah and west towards the delta. There we will have the opportunity to investigate sedimentary rock layers, clay minerals, and rounded boulders washed down from far beyond Jezero. These features are vestiges of Jezero’s watery past and clear indicators of an ancient habitable environment. If microbial life did exist here in the past, this is one of the best places to look for it as finely layered muds may have buried and preserved a record of that microbial activity. Since landing, we have been collecting long distance observations with the Mastcam-Z and SuperCam instruments to learn more about the structure and mineralogy of the delta. The science team has been busy using these observations and orbital data from satellites to scout a traverse for our next campaign as we continue to explore Jezero and search for ancient life on Mars.