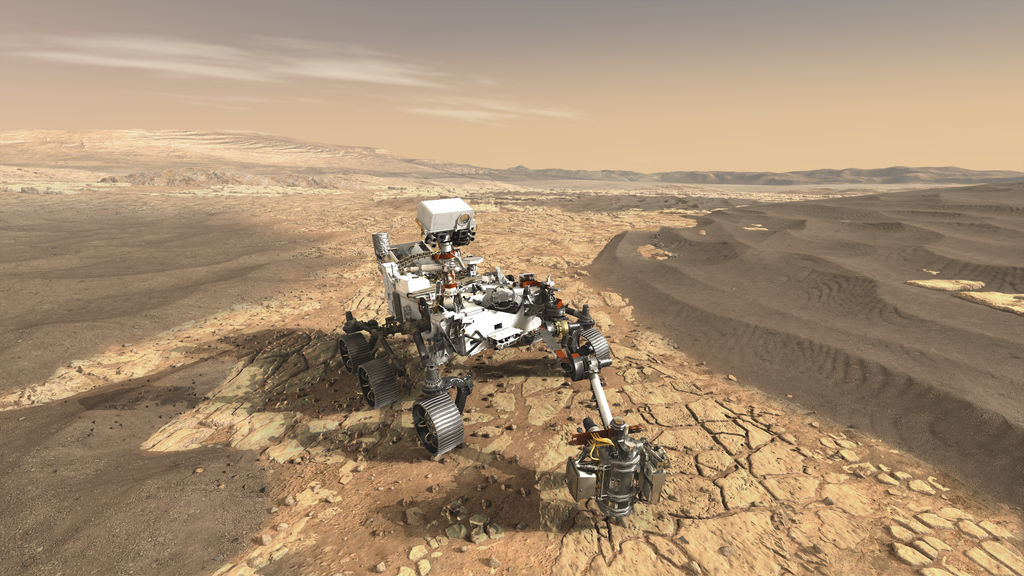 This diagram, superimposed on a photo of Martian landscape, illustrates a concept called "adaptive caching," which is in development for NASA's 2020 Mars rover mission.

In addition to the investigations that the Mars 2020 rover will conduct on Mars, the rover will collect carefully selected samples of Mars rock and soil and cache them to be available for possible return to Earth if a Mars sample-return mission is scheduled and flown.

Each sample will be stored in a sealed tube. Adaptive caching would result in a set of samples, up to the maximum number of tubes carried on the rover, being placed on the surface at the discretion of the mission operators. The tubes holding the collected samples would not go into a surrounding container.

The base image is a portion of the "Everest Panorama" taken by the panoramic camera on NASA's Mars Exploration Rover Spirit at the top of Husband Hill in 2005 (http://photojournal.jpl.nasa.gov/catalog/PIA03095).
Image Credit: NASA/JPL-Caltech/Cornell Univ./Arizona State Univ.