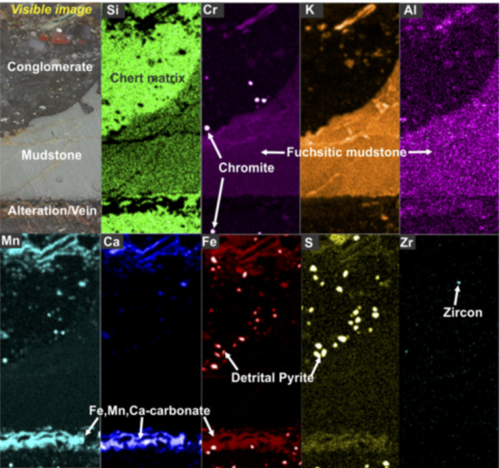 The PIXL (Planetary Instrument for X-ray Lithochemistry) for the Perseverance rover is a microfocus X-ray fluorescence instrument that rapidly measures elemental chemistry at sub-millimeter scales by focusing an X-ray beam to a tiny spot on the target rock or soil and analyzing the induced X-ray fluorescence.

Scanning the beam reveals spatial variations in chemistry in relation to fine-scale geologic features such as laminae, grains, cements, veins, and concretions (Figure 1).

The high X-ray flux enables high sensitivity and short integration times: most elements are detected at lower concentrations than possible on previous landed payloads to Mars, and several new elements can be detected that were not previously detectable on these missions. Fast acquisition allows rapid scanning so that PIXL reveals the associations between different elements and the observed textures and structures. The same spectra can be summed for bulk analysis, allowing comparison with bulk chemistry measurements at sites previously explored on Mars. With PIXL’s simple design comes operational efficiency and experimental flexibility—an instrument that can adapt to different scientific opportunities to produce a diverse set of scientifically powerful data products within the constraints of the mission.


The advantages of the PIXL instrument are 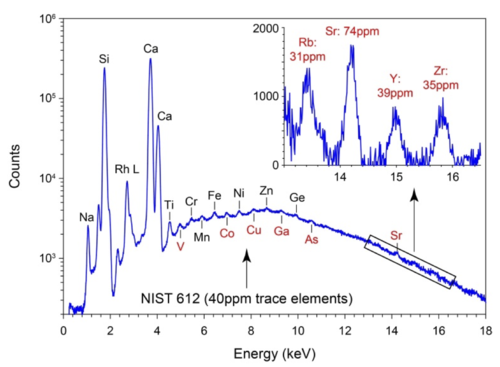