The Radar Imager for Mars' subsurFAce eXperiment (RIMFAX) is ground-penetrating radar (GPR) instrument selected to fly on the Mars 2020 mission and designed to produce from the surface of Mars, for the first time, high-resolution stratigraphic information about the subsurface of the Red Planet. 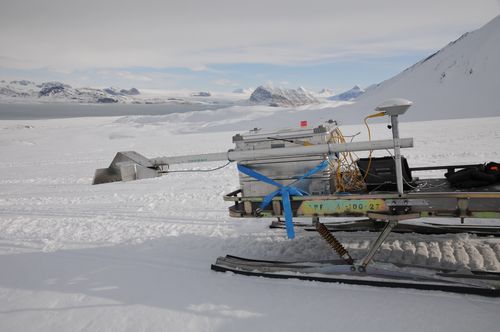 RIMFAX builds on mature tried-and-true GPR technology used on Earth for a wide variety of scientific and engineering applications, adapted for use in a rover platform on the surface of Mars. Its ultra wideband design, operating from 150 MHz to 1.2 GHz, affords a theoretical limit of 14.2 cm for vertical (range) resolution in free-space. The instrument is composed of an electronics box, installed within the interior of the rover, and a nadir-point antenna affixed to the exterior (rear) of the rover.

RIMFAX will operate as the Perseverance rover drives and will be commanded to produce individual soundings in different modes, where some modes are for shallow and others are for deep penetration. The default operation will produce interleaved pairs of shallow- and deep-soundings at every 10 cm along a rover traverse. The expectation is for RIMFAX signals to achieve penetrations of 10 m, but it may well exceed that for subsurface conditions that are friendly to the propagation of radar waves.

The overarching goal of RIMFAX is to image the subsurface structure and constrain the nature of the material underlying the landing site. This is made possible because the propagation of radar waves is sensitive to the dielectric properties of materials, such that variations in composition and porosity across geologic strata yield radar reflections that can be identified, mapped, and interpreted in the geological sense.

Specifically, RIMFAX supports and enhances the Perseverance investigation in the following, but not limited, ways: 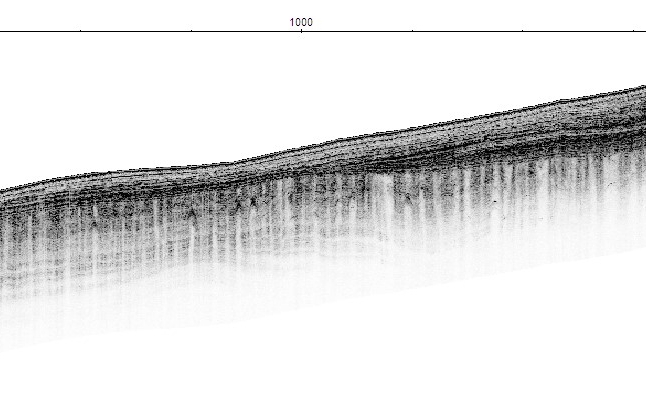 Fig. 2 - Sample radargram of a glacier in Svalbard obtained with the HUBRA radar instrument, a precursor of RIMFAX built by the FFI team. Credit: NASA/JPL-Caltech/FFI
Download full image ›