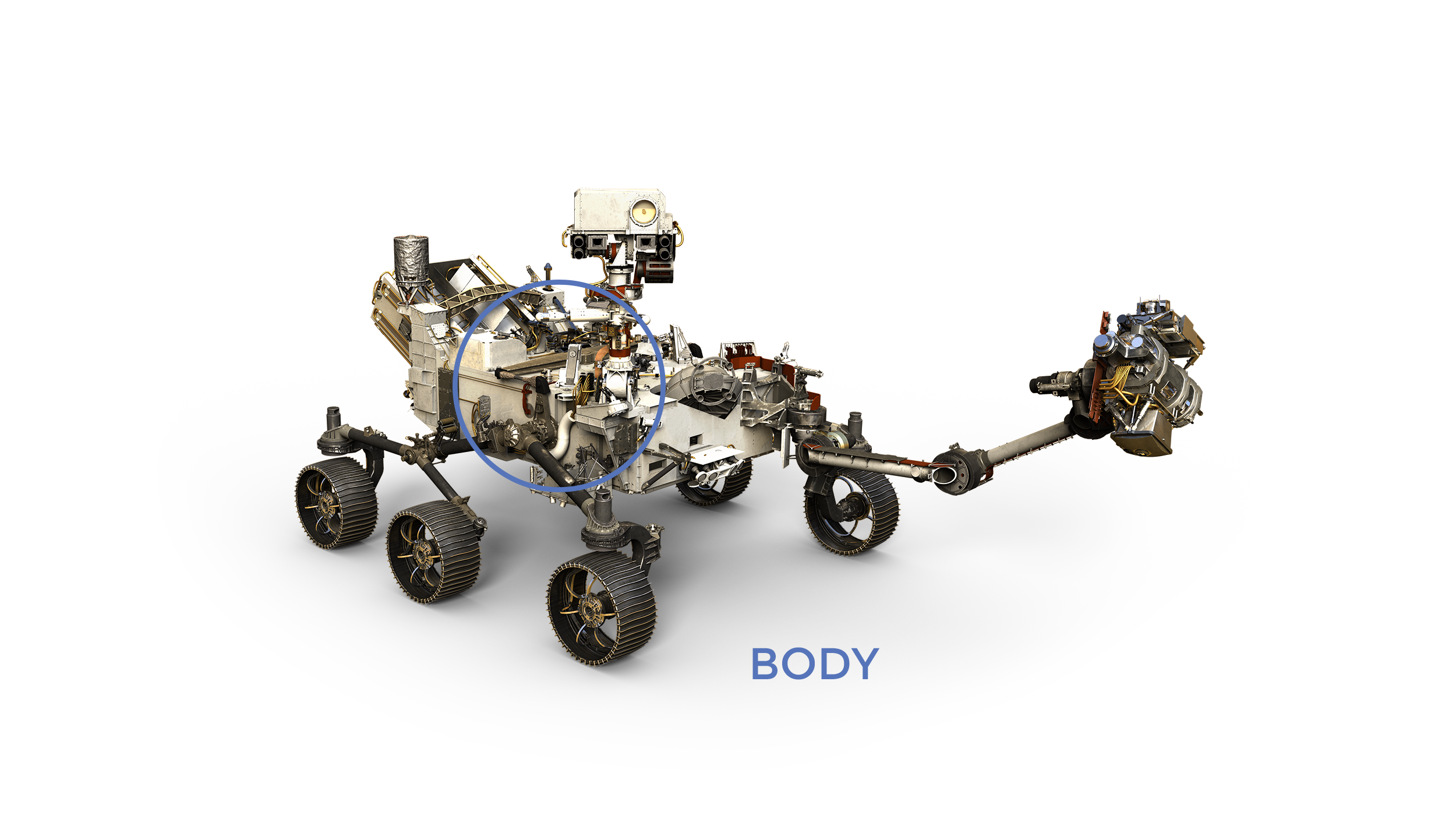 In the future, another space mission could potentially pick up the samples and bring them to Earth for detailed analysis.

Differences Between Perseverance and Curiosity

The large robotic arm on the front of the rover differs from Curiosity's for two main reasons:

There is an internal workspace inside the rover body that is dedicated to picking up, moving and placing drill bits and sample tubes within the Sample Caching System. New motors that drive these specialized movements were needed beyond those used on rover Curiosity. The rover motor controller electronics have been modified from the Curiosity design to accommodate these motors.

New Software to Operate the Rover

Perseverance will operate very differently than Curiosity. The new rover will gather 20 sealed samples of Martian rocks and soil. The samples will be set aside in a "cache" on Mars. The team is building new software to run the rover. The software will be updated with improvements throughout the mission.

Besides just managing the new sampling operations, the Mars 2020 rover manages all of its daily activities more efficiently to balance its on-site science measurements while also collecting samples for potential future analysis. To do that, the rover's driving software - the "brains" for moving around -- was changed to give Mars 2020 greater independence than Curiosity ever had.

This allows Perseverance to cover more ground without consulting controllers on Earth so frequently. Also, engineers have added a "simple planner" to the flight software. This allows more effective and autonomous use of electrical power and other rover resources. It allows the rover to shift the time of some activities to take advantage of openings in the daily operations schedule.

Engineers redesigned the Mars 2020 Perseverance rover's wheels to be more robust due to the wear and tear the Curiosity rover wheels endured while driving over sharp, pointy rocks. Perseverance's wheels are narrower than Curiosity's, but bigger in diameter and made of thicker aluminum. The combination of the larger instrument suite, new Sampling and Caching System, and modified wheels makes Perseverance heavier than its predecessor, Curiosity.