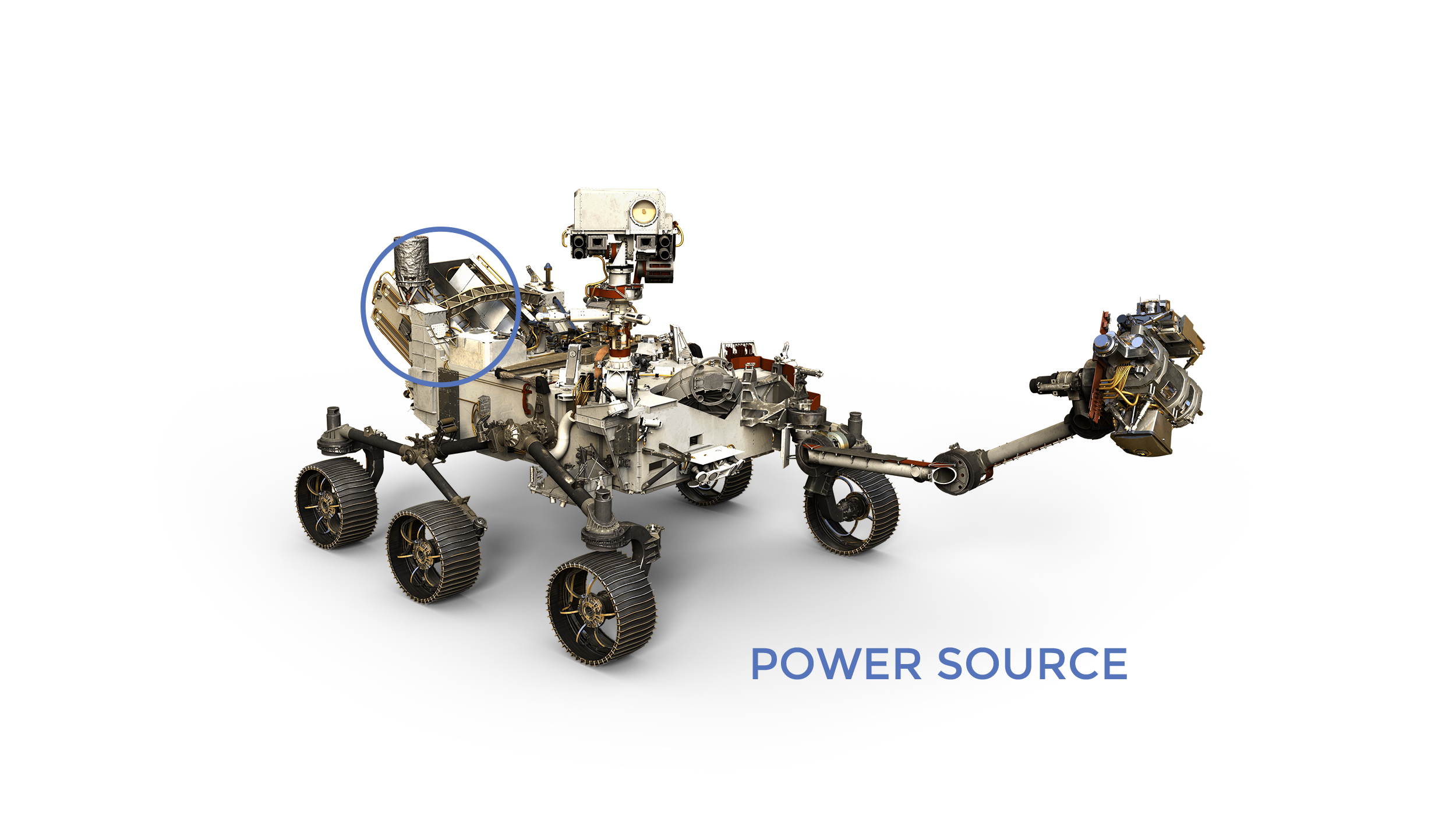 Without power, the rover cannot move, use its science instruments, or communicate with Earth.

Perseverance carries a radioisotope power system. This power system produces a dependable flow of electricity using the heat of plutonium's radioactive decay as its "fuel."

The power source is called a "Multi-Mission Radioisotope Thermoelectric Generator" or MMRTG for short. The MMRTG converts heat from the natural radioactive decay of plutonium into electricity. This power system charges the rover's two primary batteries. The heat from the MMRTG is also used to keep the rover's tools and systems at their correct operating temperatures.

The MMRTG is provided to NASA by the U.S. Department of Energy