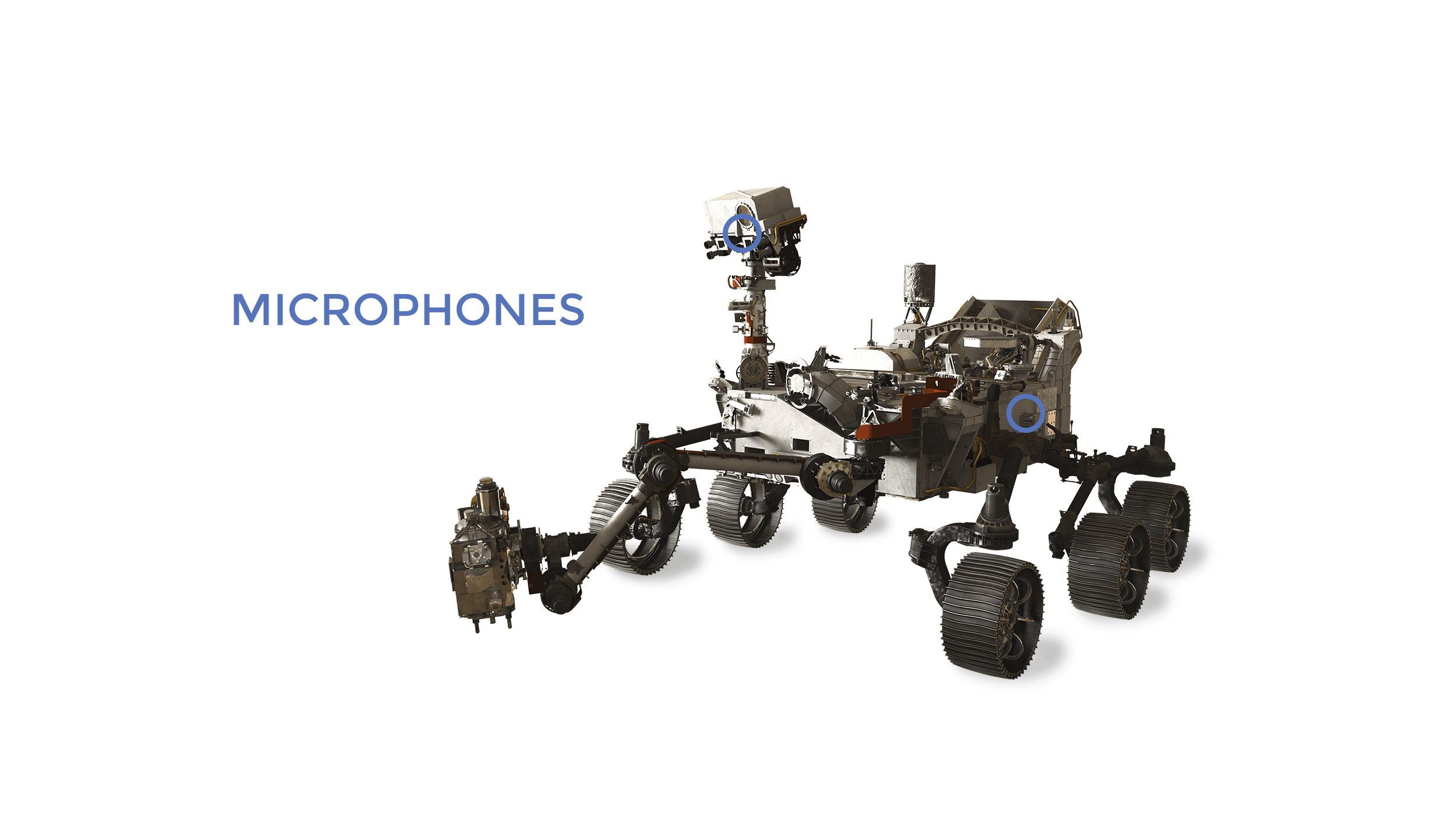 Microphones on the Perseverance Rover

When the Perseverance rover arrives at Mars, it will have two microphones. It will make it possible for our robots to not only touch and taste, but finally hear, the sounds of Mars.

Engineers have equipped Perseverance to be a good listener. It has Entry Descent and Landing (EDL) microphones that will record the sounds of landing. SuperCam's toolkit also consists of a microphone that will help study Mars rocks and soil. We may even be able to hear the sounds of the rover itself!

When SuperCam fires a laser at a rock, a small amount of the rock vaporizes into a hot gas called "plasma", and heat and vibration creates a shockwave that makes a popping sound. SuperCam’s camera and spectrometer can "read" the hot gas to reveal the chemical makeup of the vaporized rock. At the same time, the microphone hears the staccato "pop" as the laser strikes rock several feet away from Perseverance.

SuperCam can listen for about 3.5 minutes at a time while performing science observations. This gives the rover the chance to hear the sounds of Mars, such as the high-pitched sound of sand grains over the surface, the wind whistling around the rover mast, and low-pitched howls of dust devils passing by. The microphone also records sounds of Perseverance using its arm, coring rocks, and the wheels crunching against the surface. The rover may hear the other instruments, internal mechanisms, and hear when we drop off the sample tubes. In some cases, sound can help the team diagnose the health of the rover's internal mechanisms or instruments.

Mars 2020's Entry Descent and Landing (EDL) system is similar to Mars Science Laboratory/Curiosity, but it carries a microphone with which to record the sounds of descent. This microphone records audio as the Perseverance rover descends to the surface. We may hear the friction of the atmosphere, the winds, and the sounds of dust displaced as the rover lands.