All Eyes on ISON
Written by Sarah Milkovich

There is a comet currently approaching the inner solar system that has been generating a lot of interest since its discovery last year: comet C/2012 S1 (ISON).

ISON is a "sun grazer" comet, which means it will get unusually close to the sun. This is also ISON's first journey around the sun, and so it may have a lot of water and carbon-dioxide ice to burn off, which should create a lovely tail. Astronomers are very interested in observing ISON to gather more information on these types of comets, and we're all hoping that it will survive the journey around the sun to put on a spectacular display for us as it passes by Earth in December. However, before ISON gets close to Earth on its outbound swing, it gets even closer to Mars on its inbound journey.

In August, ISON ought to be getting more active and developing its tail as it warms up, and astronomers want to get more information on this stage of the comet's development. Due to solar system geometry, ISON cannot be observed easily from Earth at this time - but it can be from Mars! In addition, we have a fabulous camera (HiRISE) and imaging spectrometer (CRISM) on the Mars Reconnaissance Orbiter in orbit at Mars. MRO is going to attempt to make measurements of ISON on August 20. 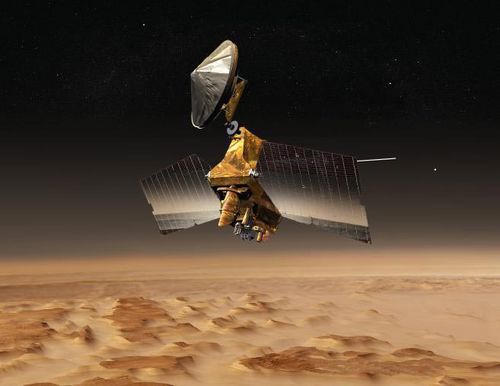 MRO Artist Concept
Artist's concept of Mars Reconnaissance Orbiter
Download full image ›
The catch is MRO was designed to look at the surface of Mars not a comet! During normal operations, we point our instruments straight down much of the time, or target interesting locales by rolling MRO up to 30 degrees to either side. In order to look at ISON, we have to turn the spacecraft over so that we can point those same instruments straight up, away from Mars! Furthermore, HiRISE is a high-resolution "pushbroom" camera, which has a very skinny field of view. HiRISE uses the motion of MRO as the spacecraft orbits Mars to take lines of little pictures that build up to a full picture. This means that in order to fully image the comet, we need to flip the spacecraft AND do a series of small motions to drag the HiRISE field of view across the area where we think the comet and its tail will be. Since we don't know enough about the comet to predict how bright it will be, we don't know exactly what camera settings to use, so we want to take several images with different exposures in the hopes that one of them will turn out well. 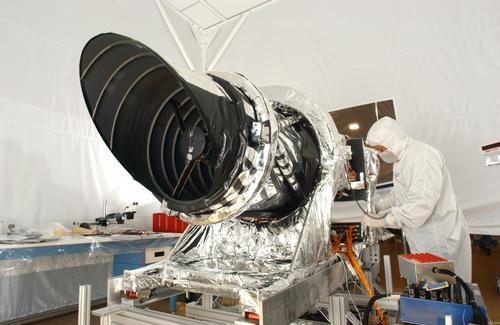 This is clearly a complicated challenge, involving the HiRISE team, the CRISM team, and the spacecraft team all working together to get the timing and commands correct and to make sure that this sequence doesn't cause any harm to the spacecraft itself. We've done a few unusual observation campaigns before, including HiRISE observations of Mars' moons, Jupiter, and the Earth-Moon system (images can be found here: http://hirise.lpl.arizona.edu/releases/), so we're very hopeful that we can get successful measurements of comet ISON.

Even if the comet is not bright enough to get good images this time since it is still 93 million miles (150 million kilometers) away!, this will be good practice for a second observing campaign, including observations with more of the MRO instruments, as ISON passes by Mars at just 6.8 million miles (11 million kilometers) in late September and early October. Stay tuned!