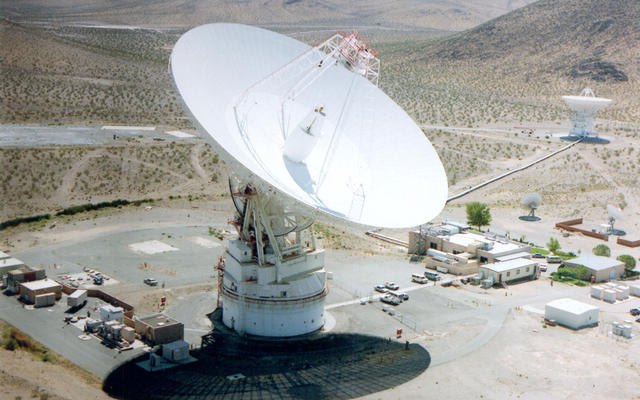 Goldstone Antenna
The 70m antenna at Goldstone, California against the background of the Mojave desert.
Download full image ›

From the viewpoint of a Deep Space Network antenna on Earth, the orbiter spends about one-third of its time behind Mars during each orbit. During these times, the orbiter is "occulted from the Earth." During occultations, Mars Reconnaissance Orbiter cannot usefully send or receive radio signals.

So, out of 16 hours of daily Deep Space Network tracking, Mars Reconnaissance Orbiter sends data to Earth for 10 to 11 hours, and does that for about 700 days. The data rate is about 0.5 to 4 megabits per second. With these figures in mind, the estimated volume of data returned by Mars Reconnaissance Orbit was predicted to be about 34 terabits. In fact, the spacecraft has already returned more than 50 terabits of data -- more data than all previous planetary missions combined. 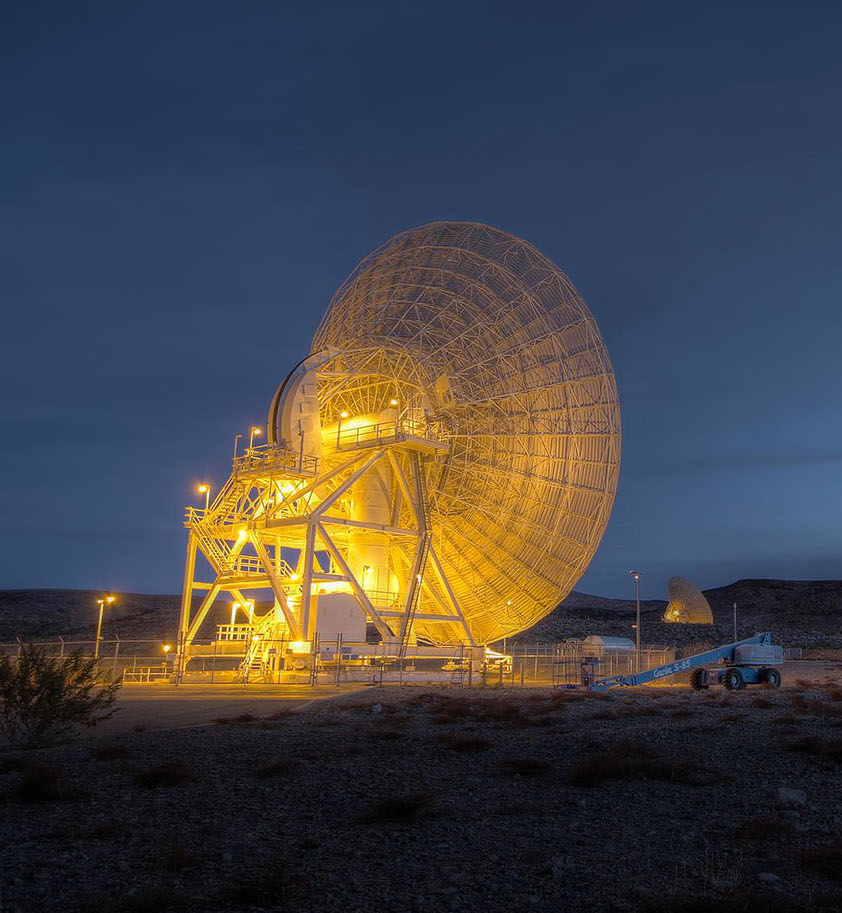 The NASA Deep Space Network - or DSN - is an international network of antennas that supports interplanetary spacecraft missions and radio and radar astronomy observations for the exploration of the solar system and the universe. Learn more ›