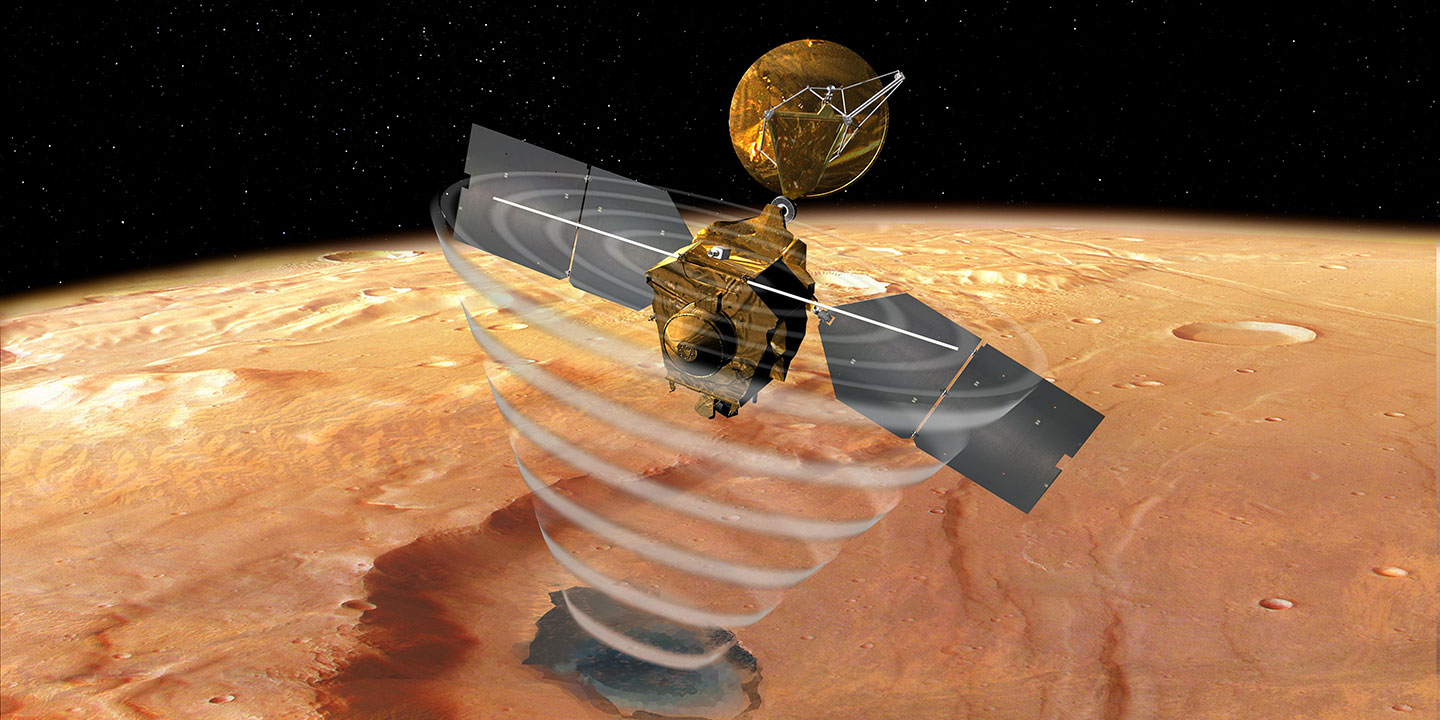 The Shallow Radar is also known as SHARAD. The radar "pings" the surface of Mars in search of a strong radar return wave that may indicate the presence of underground liquid or frozen water.

SHARAD (Shallow Radar) looks for liquid or frozen water in the first few hundreds of feet (up to 1 kilometer) of Mars' crust.

SHARAD probes the subsurface using radar waves within a 15- to 25-megahertz frequency band to get the desired, high-depth resolution.

The radar wave return, which is captured by the SHARAD antenna, is sensitive to changes in the electrical reflection characteristics of rock, sand, and any water that may be present in the surface and subsurface. Water, like high-density rock, is highly conducting, and has a very strong radar return. Changes in the reflection characteristics of the subsurface, caused by layers deposited by geological processes in the ancient history of Mars, are also visible.

The instrument has a horizontal resolution of between 0.3 and 3 kilometers (between two-tenths of a mile and almost 2 miles) and a vertical resolution of 15 meters (about 50 feet) in free space, which translates into better than 10 meters in the martian subsurface. Subsurface features on the order of these dimensions are observable.

US investigators selected to participate are: 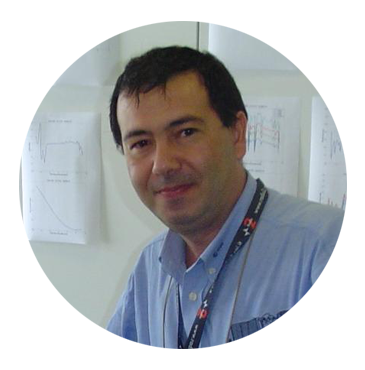