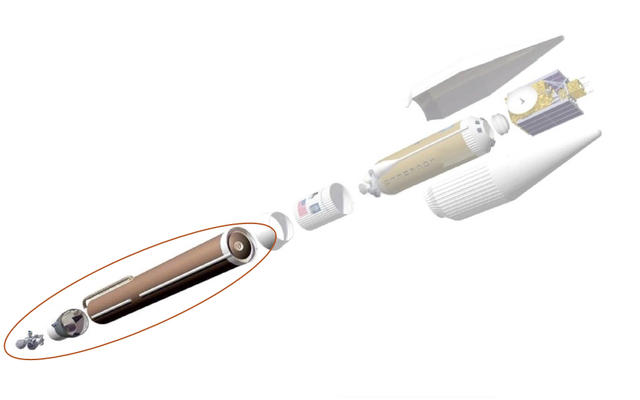 What is Stage 1 Atlas Booster?

Mars Reconnaissance Orbiter's stage I atlas booster is the engine with propulsive energy for ascent.

The Atlas first stage was powered by liquid oxygen and RP-1 (similar to kerosene) and used an RD-180 engine supplied by Russia. The Stage 1 Booster's total weight was approximately 305,000 kilograms (672,000 pounds) at launch.

The first stage operated for about four minutes. The booster provided about 4 million Newtons* (900,000 pounds) of thrust. During this phase the spacecraft accelerated to supersonic speeds of about 4,500 meters per second (10,000 miles per hour).

(*A Newton is a unit of force required to accelerate a mass of one kilogram, one meter per second...every second!).

After the first-stage burn was complete (called Booster Engine Cutoff), the first stage fell back to Earth in the Atlantic Ocean. At that time, the spacecraft was about 112 kilometers (370,000 feet) above the Earth.