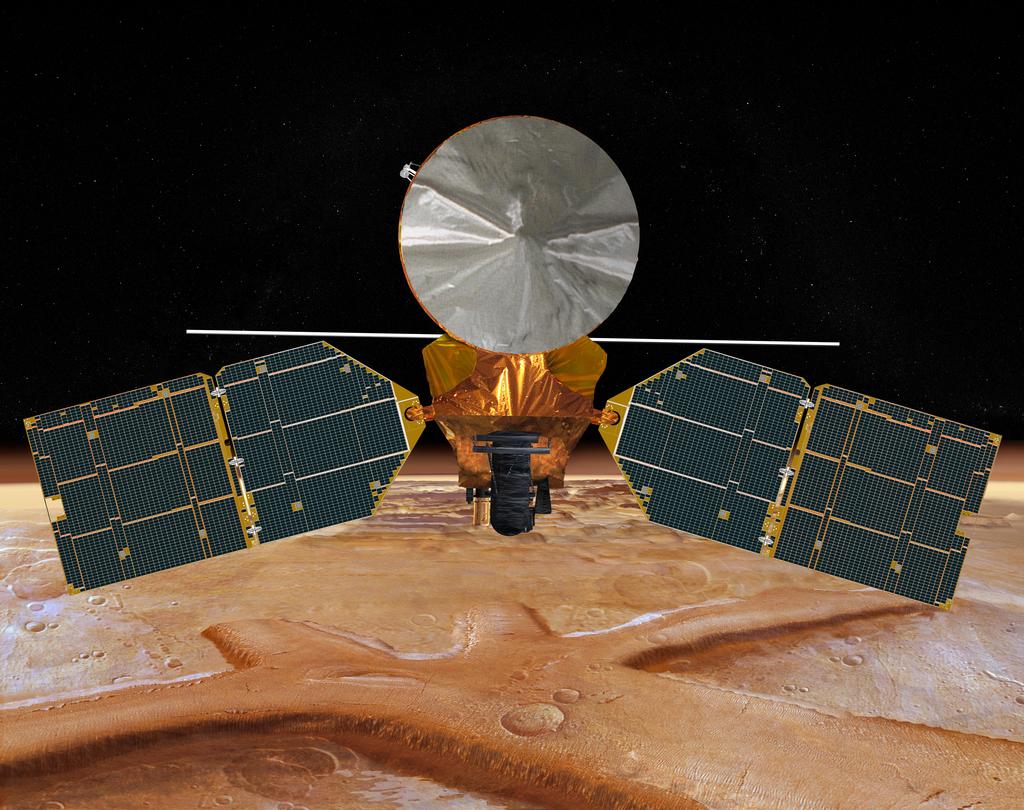 Two smaller antennas provide lower-rate communication during emergencies and special events. For example, they did this during launch and Mars Orbit Insertion. The data rate of these antennas is lower because they focus the radio beam much more broadly than the high-gain antenna, meaning less of the signal reaches Earth. The Deep Space Network on Earth, however, can "see" the signal even when the spacecraft is not pointed at Earth. That is why these antennas are useful for emergencies. Think of how a flashlight works: With a tightly focused beam of light you can see farther directly ahead but not at all to the side. With a wide beam you can see all around you but not very far. The low-gain antennas have the capability to both transmit and receive.The two low-gain antennas are mounted on the high-gain antenna dish -- one on the front side and one on the back -- and move with it, though as mentioned they do not require accurate pointing. Two are needed to enable communication at all times, regardless of the position of the spacecraft.

Located on the back side of the high-gain antenna is the enclosure for the Traveling Wave Tube Amplifiers, which boost the power of the spacecraft's radio signals so they are strong enough to be detected by the Deep Space Network antennas. Mars Reconnaissance Orbiter has three amplifiers on board:

The transponders have several functions: