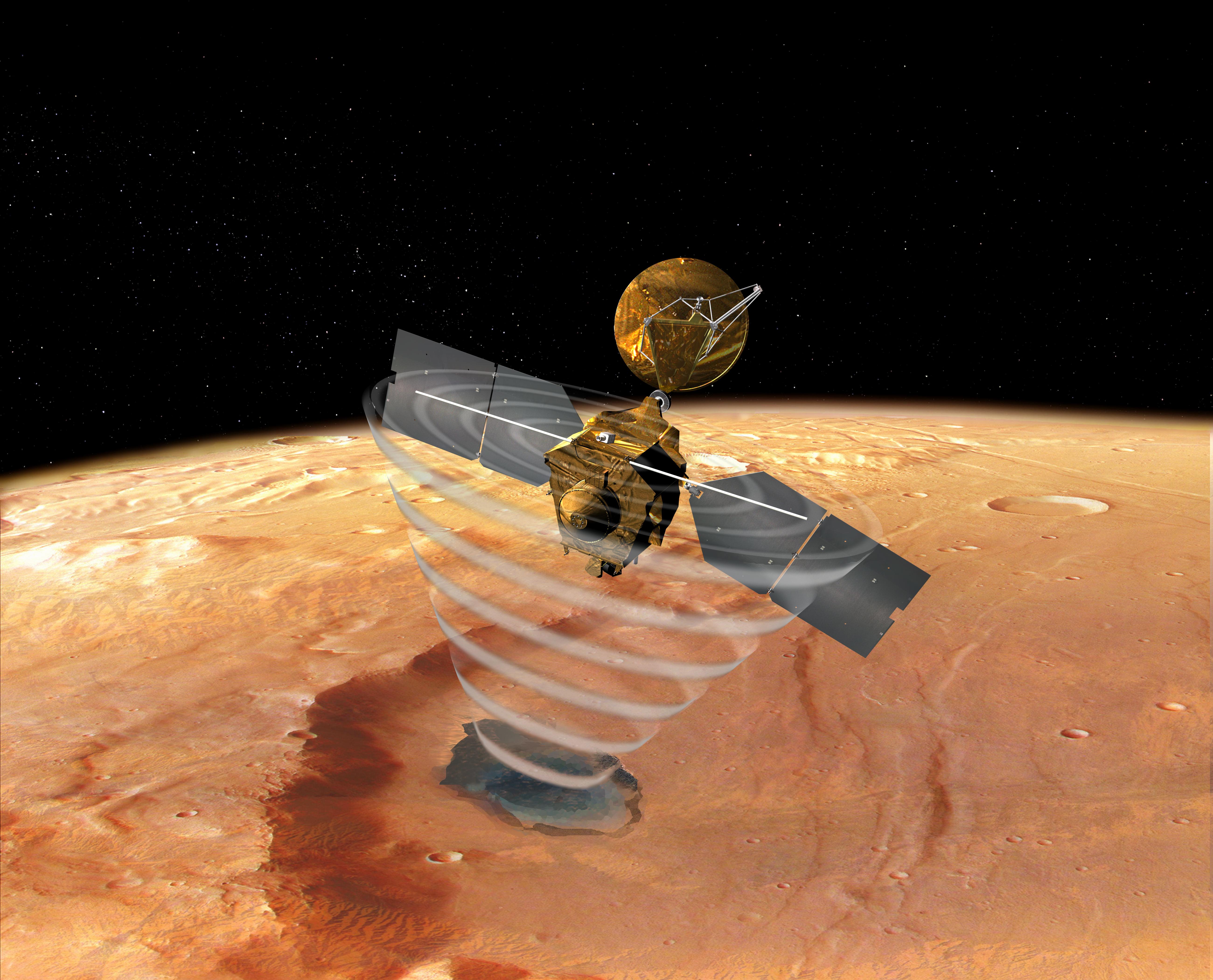 The Command and Data Handling subsystem is essentially the "brains" of the orbiter and controls all spacecraft functions.

The key parts of this system are:

At the heart of the space flight computer, Mars Reconnaissance Orbiter employs the next generation of space-qualified processors, based on the 133-megahertz PowerPC processor. While this speed may seem slow compared to the gigahertz speed of the computer you're using to read this Web site, it is fast by space standards. Commercial chips must be significantly enhanced and undergo long-duration testing to prove they will survive the unforgiving radiation environment of space.

The Flight Software is an integral part of the Space Flight Computer, and includes many applications running on top of an operating system, similar to the way your home computer has applications running on top of Microsoft Windows or MacOS. Mars Reconnaissance Orbiter's operating system is called VxWorks.
An example of an application is Fault Protection. Fault Protection continuously monitors hundreds of parts of the spacecraft for a wide range of problems, takes action to fix the problem if it can, and if it can't, keeps the spacecraft safe while it waits for instructions from Earth.

The Solid State Recorder is the primary storage for science instrument data onboard the spacecraft, with a total capacity of 160 Gigabits. That may seem like a lot, but not when you realize that a single image from HiRISE can be as big as 28 Gigabits!

The science data is stored on this recorder until it is ready for transmission to Earth, and then is overwritten with new science data.

The recorder is called a Solid State Recorder because it has no moving parts. Neither a tape recorder nor a hard disk drive, this device uses an array of more than 700 memory chips, each with 256 megabits of capacity, to store Mars Reconnaissance Orbiter's data.