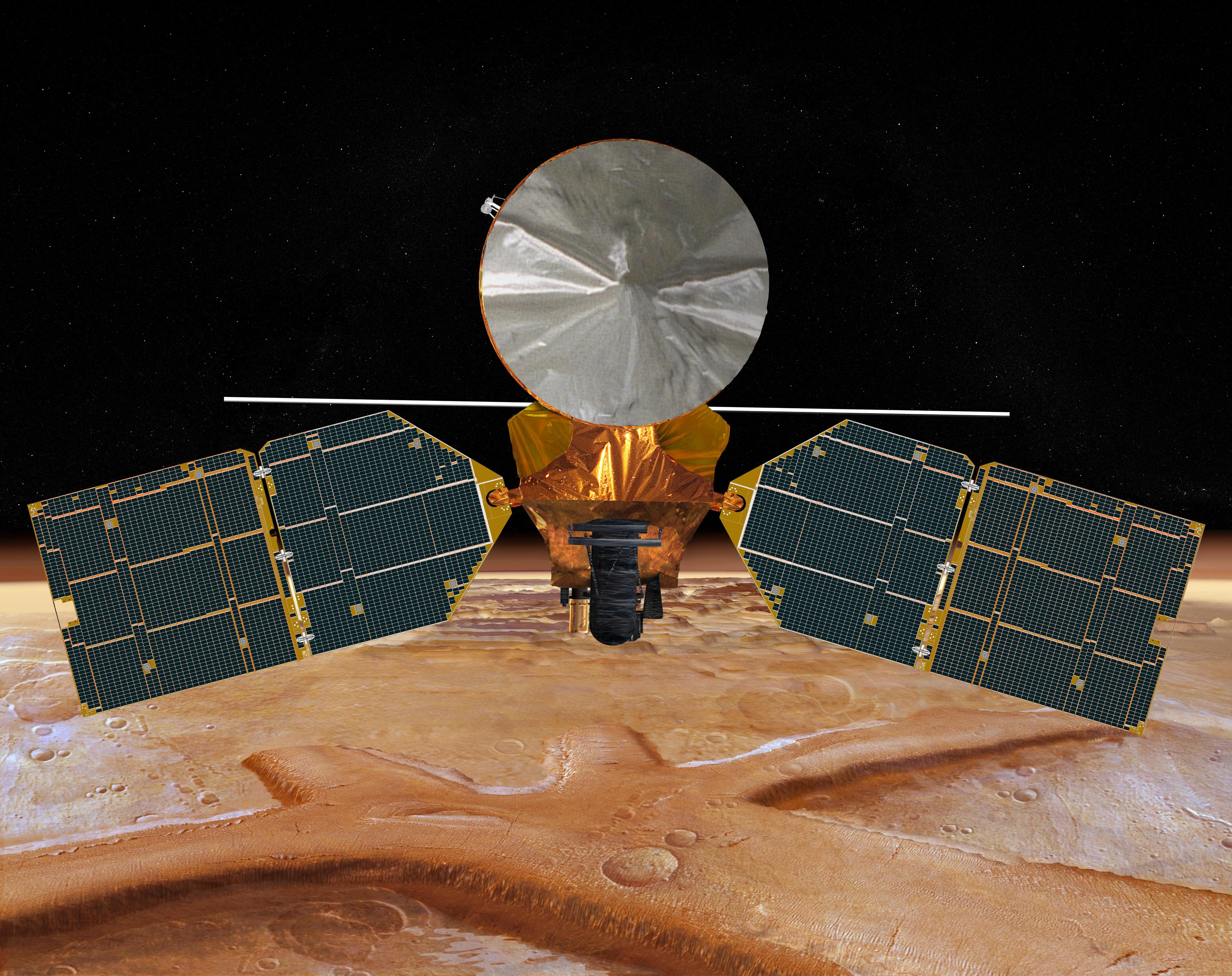 The electrical power subsystem is responsible for generating, storing, and distributing power to the orbiter systems and includes two solar panels and two nickel-hydrogen batteries:

The one and only source of power for Mars Reconnaissance Orbiter is sunlight. Mounted on opposite sides of the orbiter and capable of changing position to allow the orbiter to track the Sun continuously (see mechanisms), each solar panel has an area of approximately 10 square meters (107.6 square feet) and contains 3,744 individual solar cells. The solar cells are able to convert more than 26 percent of the Sun's energy directly into electricity (that's very good for solar cells!), and are connected together so that the power they produce is 32 volts, the voltage that most devices on the spacecraft need to operate properly. At Mars, the two panels together produce 1,000 watts of power.

The solar panels were deployed soon after launch and will remain deployed throughout the mission. (See cruise configuration also.)

During aerobraking, the solar panels had a special role to play. As the spacecraft skimmed through the upper layers of the martian atmosphere, the large, flat panels acted a little like parachutes to slow the spacecraft down and reduce the size of its orbit.

The friction from the atmosphere passing over the spacecraft during aerobraking heated it up, with the solar arrays heating up most of all. The solar arrays had to be designed to withstand temperatures of almost 200 Celsius (almost 400 degrees Fahrenheit!).

During each two-hour orbit around Mars the spacecraft experiences a "day" and a "night." During the "night," there is no sunlight because the planet is between the orbiter and the Sun, and therefore blocks the Sun's light from reaching the spacecraft. Astronauts on the shuttle experience this kind of pattern when they orbit the Earth.

During the nighttime periods, batteries provide the necessary electrical power. The batteries recharge each "day" (using only part of the electricity produced by the solar cells) and discharge each "night" to keep the spacecraft supplied with electricity.

Mars Reconnaissance Orbiter uses two nickel-hydrogen rechargeable batteries, each with an energy storage capacity of 50 ampere-hours -- at 32 volts that's 1,600 watts for one hour. The spacecraft can't use this total capacity, because as a battery discharges its voltage drops. If the voltage ever dropped below about 20 volts the computer would stop functioning -- a very bad thing! So, to be safe, only about 40 percent of the battery capacity is ever planned to be used.