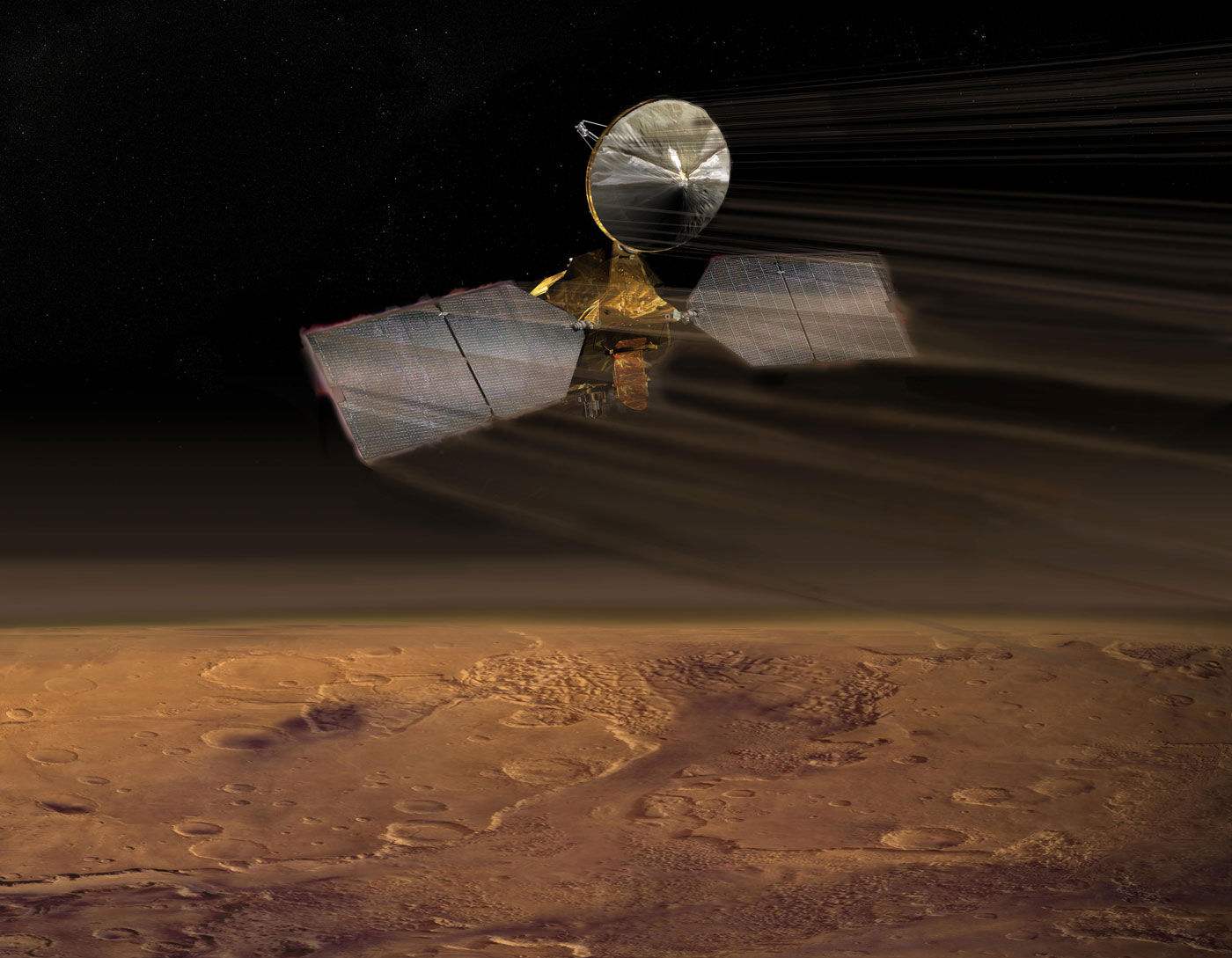 The guidance, navigation, and control subsystem controlled the orientation of the orbiter (the direction in which it was pointed) as it traveled through space and maintained knowledge of where celestial bodies were located (for example, Earth and the Sun). This knowledge was critical for the spacecraft to perform the correct maneuvers to get to Mars, to keep its solar arrays pointed toward the Sun to produce power, and to keep its antenna pointed toward the Earth to maintain communications.

While the spacecraft is in orbit around Mars, this subsystem continues to maintain constant knowledge of where the spacecraft is in its orbit, and is used to point the science cameras very accurately (within about 1/20th of one degree). That ability is critical to enable science instruments to take images of desired targets on the surface.

Together, the guidance, navigation, and control subsystem and structures subsystem were designed to provide the smoothest ride possible. Preventing even tiny vibrations (from, for example, movement of the solar arrays) is crucial, as the shaking motion could otherwise cause the science images to become blurred.

To perform its functions, the guidance, navigation and control subsystem uses several types of: