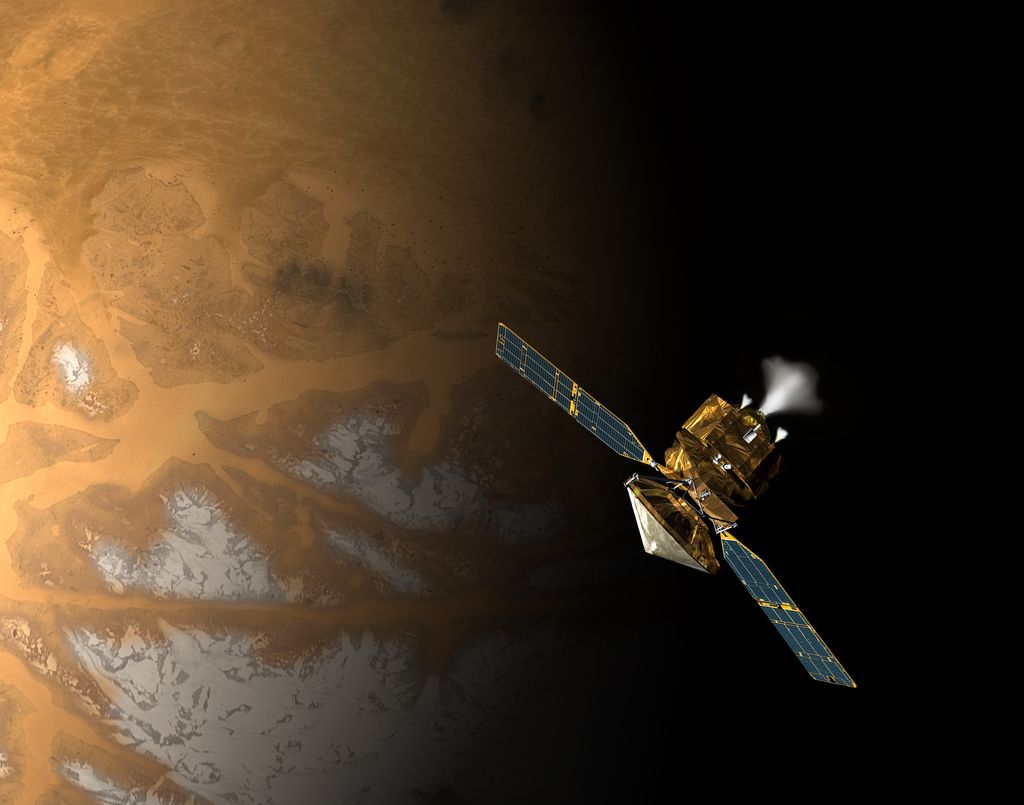 The propulsion subsystem performed major maneuvers such as:

The propulsion subsystem was also used to control the spacecraft's position, as a backup to the reaction wheels. 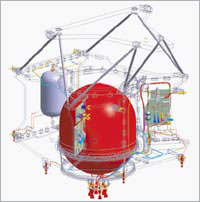 Mars Reconnaissance Orbiter used a monopropellant propulsion system: there was fuel (hydrazine), but no oxidizer. Thrust was produced by passing the fuel over beds of catalyst material just before it entered the thruster, causing the hydrazine to combust. (Other types of systems use bipropellant propulsion, where combustion is achieved by mixing a fuel with an oxidizer. The Space Shuttle, for example, uses liquid hydrogen as fuel and liquid oxygen as oxidizer, which spontaneously combust (explode) when they are mixed.)

The monopropellant hydrazine tank was big enough to hold 1,187 kilograms (2,617 pounds) of usable propellant. When used, the propellant changed the spacecraft's velocity by about 1.4 kilometers per second (3,100 miles per hour). More than 70 percent of the total propellant was used during just one maneuver -- Mars orbit insertion.

Some way was needed to push the propellant to the thrusters. Mars Reconnaissance Orbiter fed pressurized helium gas from a separate high-pressure tank through a regulator into the propellant tank, where it put the hydrazine propellant under pressure. Then, when any thruster was opened, the propellant rapidly flowed out, much like paint from a can of spray paint.

Similar to the plumbing that brings water to your kitchen sink, the pressurized hydrazine flowed through a system of metal tubing to each of the thrusters. Each thruster had a valve so that each one could be fired independently, like the hot and cold faucets in your sink. Additional valves in the propellant lines controlled the flow to groups of thrusters, much like the shutoff valves under your sink. These additional valves were necessary as technicians worked around the spacecraft before launch, to provide a second line of defense in the event of an accidental thruster firing.

A total of 20 rocket engine thrusters are on board: (*A Newton is a unit of force required to accelerate a mass of one kilogram (2.2 pounds) one meter (3.3 feet) per second every second!)