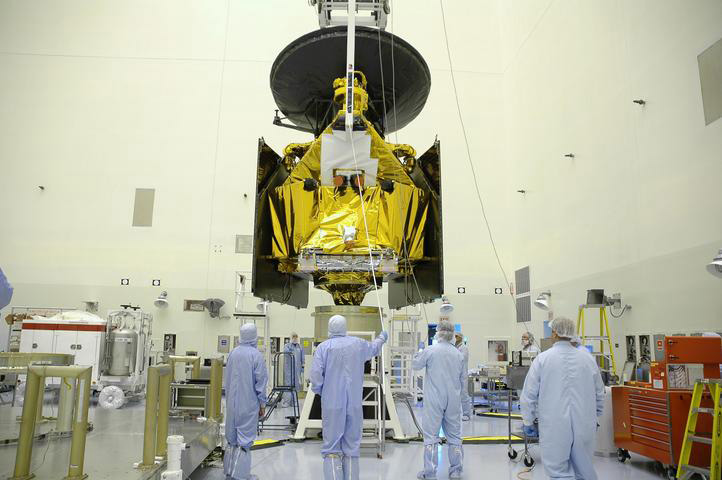 The thermal subsystem maintains the right temperatures in all parts of the spacecraft. That may sound easy, but it turns out that it's not. The Sun heats up one side of the spacecraft, and black space on the other side pulls the heat out. The hot side is thus hundreds of degrees hotter than the cold side. In addition, parts of the spacecraft that use electrical power will generate heat internally and tend to get very hot. Now, on Earth, when your home gets too hot you can cool things off with fans or air conditioners. Or, when it gets too cold, you turn on the furnace. All these methods work by adding or subtracting heat from air and then moving it around (this is called convection). In space there isn't any air, so convection doesn't work. Other physical processes -- conduction and radiation -- must be used to move heat around the spacecraft and ultimately get rid of the excess.

Conduction is the process by which heat moves through substances and between substances that are in contact, like pool water and your skin, or a cold metal railing and your hand. Heat moves around the spacecraft mainly by conduction (to a lesser extent also by radiation).

Some materials are better than others at giving off infrared radiation when warmed up. For components that would otherwise get too hot, a plate of such material can be attached to them and exposed to space. The heat generated by the component is transferred to the radiator by conduction and finally out to space by radiation.

These coatings change the way radiation interacts with an object. Often taking the form of a special paint, surface coatings control how much heat is absorbed from, radiated to, or reflected from external heat sources. An everyday example is the white clothing preferred by desert dwellers. White tends to reflect more heat than it absorbs, and is thus well suited to protecting the wearer from the Sun's heat.

Made of several layers of Mylar or similar materials, these blankets form a protective layer around most of the spacecraft. They retain heat and also incorporate a choice of surface coatings, with the benefits described above. Incidentally, they also provide some protection against micrometeoroid impacts, forming a kind of bullet-proof vest for the spacecraft.

This is simply a wire that, because of its resistance to the flow of electricity, generates heat when current is passed through it. The wire is glued directly onto parts that need to be warmed and heats them by conduction. A thermostat, similar to the one in your home, switches on the electric current to the heater only when the temperature falls below a selectable point. As much as 300 watts of power are used to run heaters on different parts of the spacecraft.