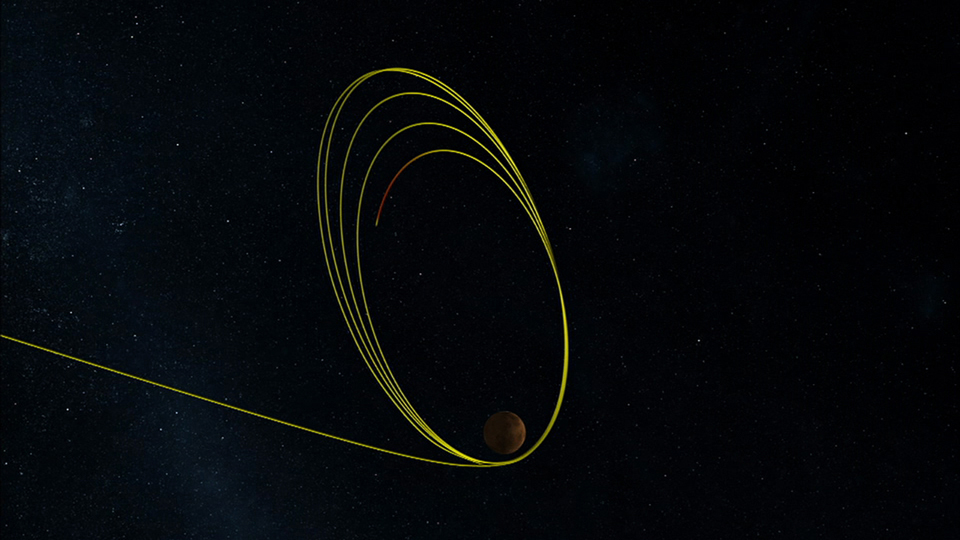 Aerobraking began after Mars Orbit Insertion and a check of spacecraft health. It lasted about six months. During aerobraking, the spacecraft used friction from the Martian atmosphere to slow down and to trim its initial 35-hour, elliptical orbit around the red planet to a two-hour, near-circular orbit. The final orbit was more suitable for science operations and ideal for making highly detailed observations of the surface.

As on Earth, the upper atmosphere of Mars is somewhat different from day to day and place to place. These variations are difficult to predict. Because the orbiter flew through this varying atmosphere during aerobraking, operations were risky for the orbiter and difficult and intense for its operators.