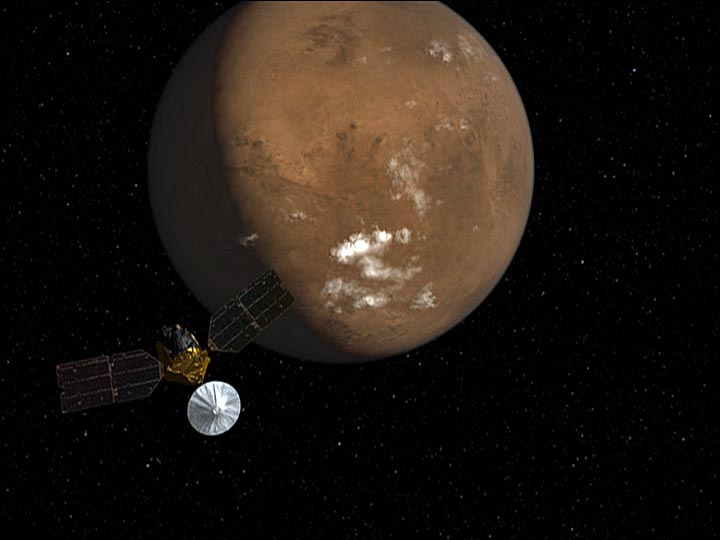 Mars Reconnaissance Orbiter used three basic measurements to determine the position and trajectory of the orbiter.

This technique measured how fast the orbiter was moving away from the Earth by measuring the "Doppler shift" in the radio signal. A Doppler shift is an apparent change in the frequency of sound or light waves that occur when the source and the observer are in motion relative to one another. The Doppler shift is commonly heard, for instance, as a shift in the sound of a train whistle as it moves away.

This analysis determined the distance or range from the Earth to the orbiter by measuring how long it took for signals sent from Earth to reach the orbiter.

This measurement, known officially as Delta-Differential One-way Ranging, used two widely separated Deep Space Network antennas to collect radio wave data from two sources: the orbiter and a star. The antennas collected a few minutes of data from the orbiter, then turned to collect data from a known stellar radio source, then returned to collect data from the orbiter. Through this technique, mission navigators determined the angular position and distance of the orbiter. Delta-DOR measurements were made using Deep Space Network antennas, which are located in Goldstone, California; Canberra, Australia; and Madrid, Spain.