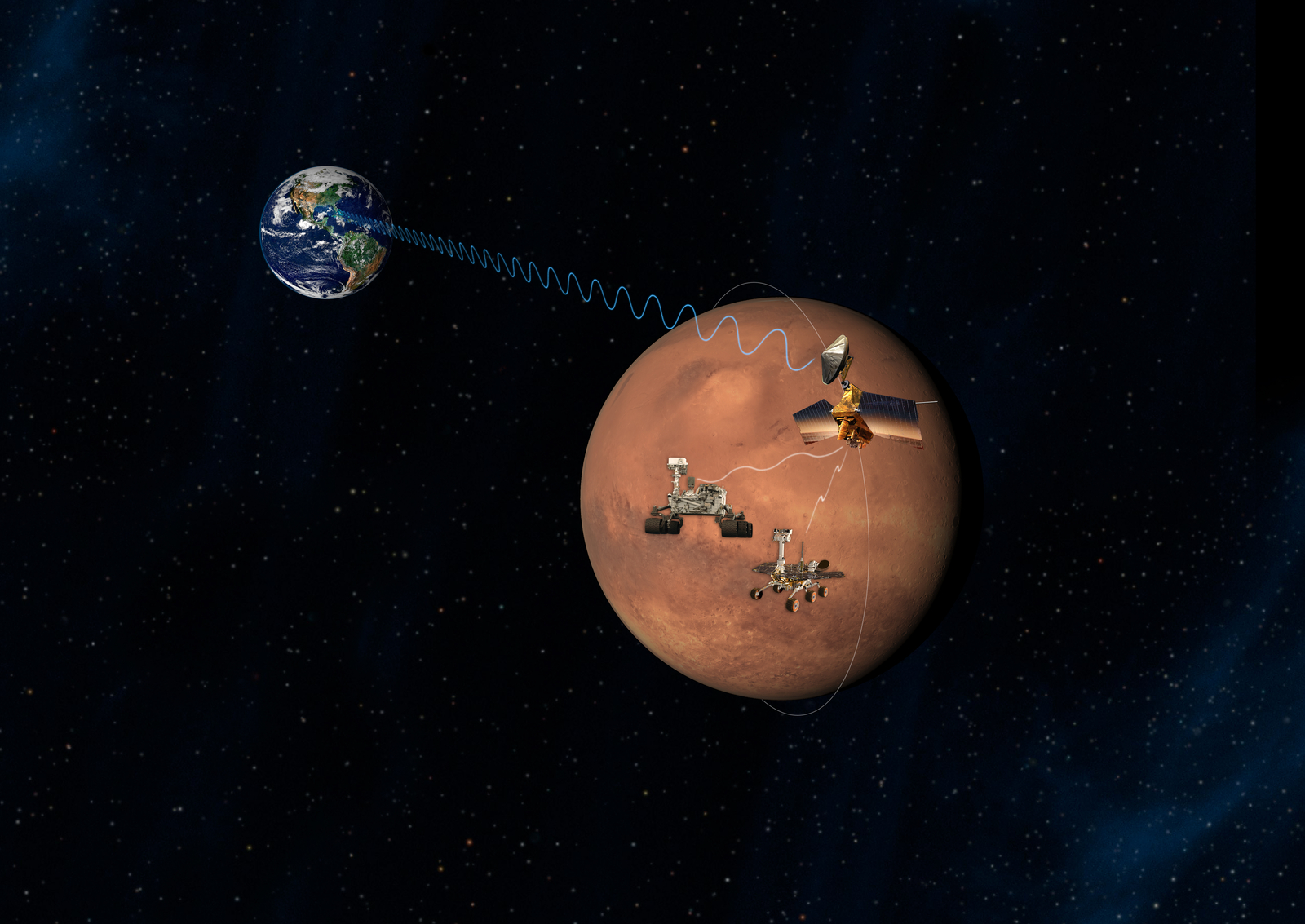 The relay phase starts when the primary science phase ends and lasts about two years, ending Dec. 21, 2010. (The orbiter carries enough propellant, however, to remain operational for five additional years if it is needed to support future missions.)

During this phase, the orbiter will support the Mars Exploration Program by providing communications support to future Mars missions during approach, navigation, and relay. The relay orbit is similar to that of the primary science orbit. In general, this orbit allows for relay access to any point on Mars. Most locations on Mars will have contact opportunities once or twice per day.

Relay activities and other activities in support of newly arrived missions have highest priority during the relay phase. Electra, the navigation and telecommunications relay payload, can provide UHF coverage to Mars landers and rovers on the surface using its nadir-pointed (pointed straight down at the surface) antenna.


Navigation services support arriving spacecraft and provide precise locations of landers and rovers on the surface of Mars.

When spacecraft are still a month or so away from arrival, Mars Reconnaissance Orbiter will point its high-gain antenna toward the incoming spacecraft and send its normal Deep Space Network communcations signal.

If the arriving spacecraft has an Electra communications payload, it can receive these signals and determine its distance and speed in relation to Mars. This communication allows much more precise navigation. When landers and rovers have landed safely on Mars, Mars Reconnaissance Orbiter's Electra payload can provide precise Doppler data which, when combined with Mars Reconnaissance Orbiter's position information, can accurately determine the location of the lander or rover on the surface of Mars.


With these services, commands from Earth are forwarded to the lander or its data is returned to Earth. It's a bit like providing Mars landers and rovers with a broad-band Internet connection and letting them use it for five minutes twice a day. These services allow landers and rovers to have more opportunities to communicate with Earth, especially when they are on the opposite side of Mars from the Earth or need to get more data back to Earth. Some landers might not even have direct communications with the Earth (to save power and mass by not having the radio equipment) and might therefore rely on Mars Reconnaissance Orbiter to provide all of their communications..


These services provide landers and rovers with signals that let them know the time very precisely.