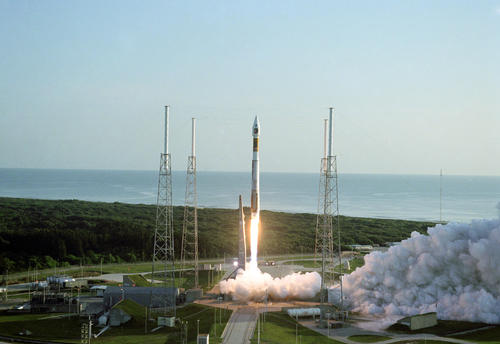 Mars Reconnassaince Orbiter Lift-Off
With the Atlantic Ocean as a backdrop, an Atlas V launch vehicle, 19 stories tall, with a two-ton Mars Reconnaissance Orbiter on top, roars away from Launch Complex 41 at Cape Canaveral Air Force Station at 7:43 a.m. EDT on Aug. 12, 2005.
Download full image ›
The launch phase began when the spacecraft transferred to internal power on the launch pad and ended when the spacecraft was declared stable, healthy, and ready to accept commands. Watch the Mars Reconnaissance Orbiter animation to see a simulation of the launch.

The launch period -- the time period in which the orbiter could launch -- lasted approximately three weeks (Aug. 10-30, 2005). Throughout the entire launch period, the mission had daily launch opportunities, known as "windows," of at least 30 minutes, the minimum needed for launch.

What Occurred During Launch

Many people think of lift-off as the launch, but there were actually several steps during the launch phase.

At this point, the launch phase ended, and the spacecraft continued in its cruise phase. 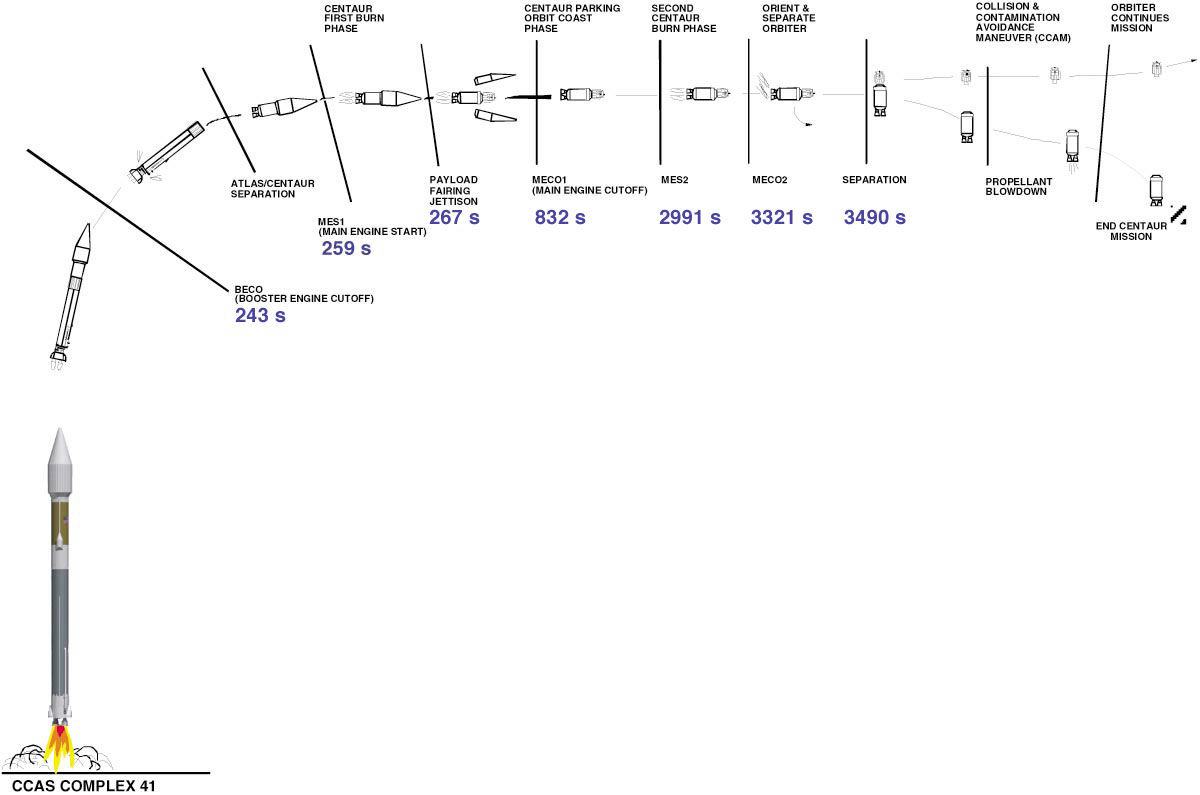