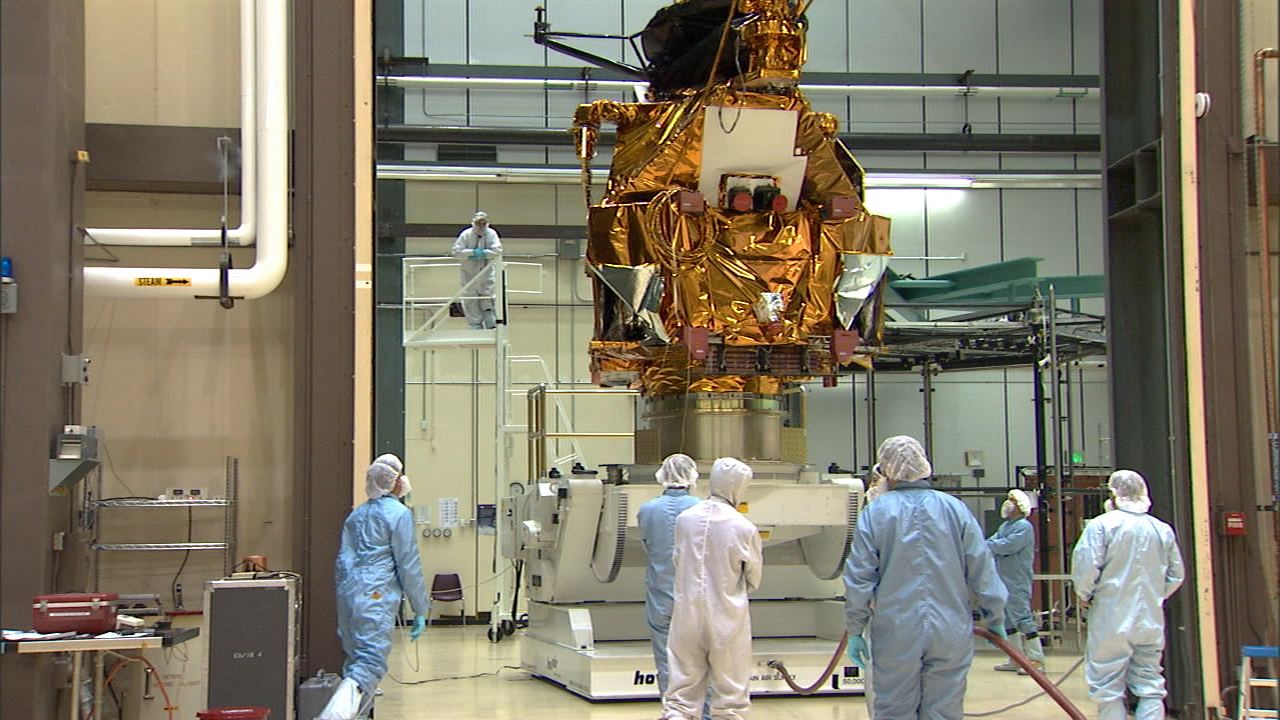 The pre-launch period covered everything from initial mission design to all stages of building and testing the spacecraft and its launch vehicle prior to liftoff from Earth. It required meticulous attention to detail and years of exertion to get everything right for a successful, on-time launch. While engineers worked on building and testing the spacecraft, scientists at universities and research institutions throughout the United States and Europe planned their instrument observations and decided how to make the best use of the orbiter's powerful capabilities.

In the pre-launch phase, Mars Reconnaissance Orbiter went from a collection of individual instruments and parts to an incredibly capable and sophisticated spacecraft, thanks to countless and demanding hours of effort from a workforce of thousands of people. From concept to creation, this martian "eye in the sky" ultimately made its way from the cleanroom where it was built at Lockheed Martin Corp. in Denver, Colorado to its final Earth-bound destination, Cape Canaveral, Florida.

Building and Testing the Spacecraft

The Mars Reconnaissance Orbiter's main "hub" was a cleanroom at Lockheed Martin Corp. in Denver. Various partners built and tested individual instruments at other locations. Teams ensured that they delivered the best possible instrument to be mated with the body of the spacecraft. Eventually, all of the instruments traveled to Denver to be installed. The Mars Color Imager (MARCI) camera hitched a ride on its own chartered plane from San Diego to Denver and the Shallow Radar (SHARAD) electronics traveled all the way from Italy!

A very vital stage in the spacecraft's life was the assembly, test and launch operations phase. Following individual testing, instruments were shipped to Denver and mated with the orbiter bus. As the spacecraft began to look more and more like the complex orbiter it ultimately became, the entire structure was put through rigorous environmental, electronics, software and systems testing.

Transporting the Spacecraft to Cape Canaveral

After months of building and testing the spacecraft, Mars Reconnaissance Orbiter was disassembled for transport to Florida. The ride was no ordinary journey. An unexpected snowstorm delayed the huge military C-17 cargo plane that carried the orbiter from Buckley Air Force Base to the Kennedy Space Center.

Although arrival in Florida was a significant milestone for the mission, there was still considerable work to be done to prepare the spacecraft for launch. A team of engineers and technicians spent countless hours in the Payload Hazardous Servicing Facility cleanroom reassembling the spacecraft and conducting even more tests. Meanwhile, launch services personnel at Kennedy Space Center ensured that the Atlas V rocket chosen to launch the orbiter was ready for takeoff.

Conducting a Dress Rehearsal for Launch

As with all missions, a series of rehearsals and reviews took place in the final weeks and days before launch to ensure that all systems were functioning properly and that all team members were prepared. And, of course, the team began to feel the excitement of sending the orbiter they designed and built to the red planet!

A series of videos titled "The Challenges of Getting to Mars" covers these activities in greater detail.