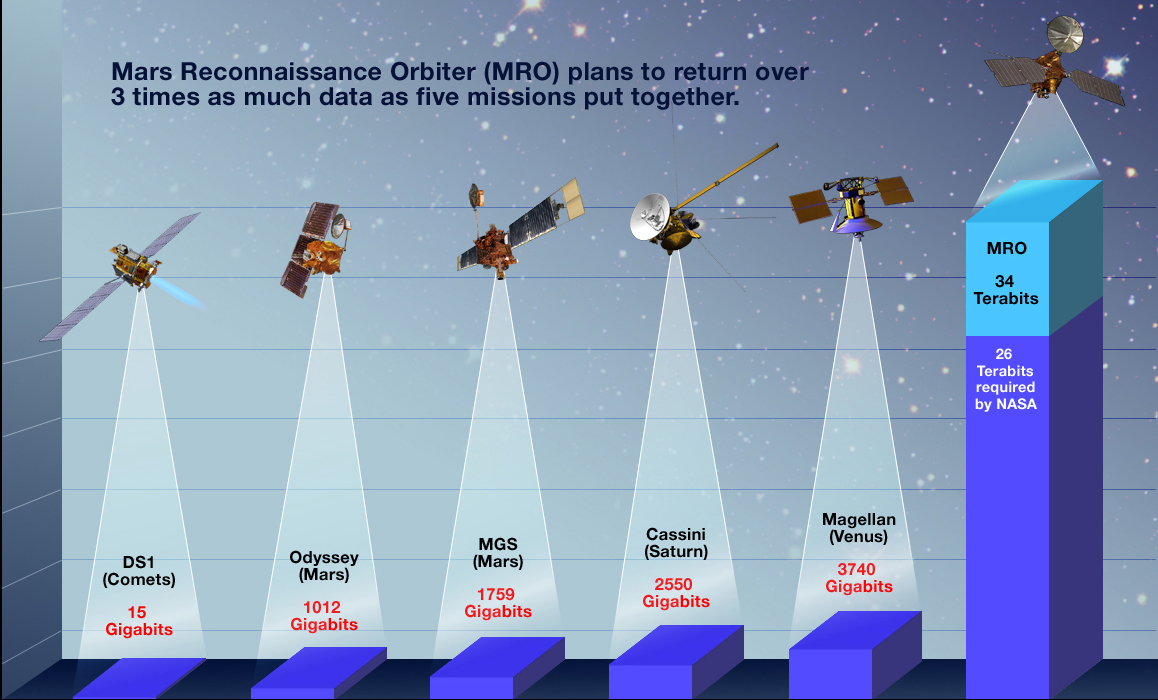 MRO Data
The Mars Reconnaissance Orbiter is a powerful mission, returning more data than all previous planetary missions combined to increase our knowledge of the red planet.
Download full image ›

The primary science phase began when the orbiter entered its science orbit and its instruments and other systems were checked out, calibrated, and ready to collect science data. The primary science phase will last for at least one Mars year (about two Earth years), beginning after the end of solar conjunction in November, 2006 and ending with the start of solar conjunction in November, 2008. Solar conjunction occurs when the sun comes between the Earth and Mars, temporarily limiting communications.

By mid-March 2008, with the support of two 34-meter (112-foot) Deep Space Network Deep Space Network antennas each day of the primary science phase, the project had returned more than 50 Terabits of science data, more data than all previous planetary missions combined.