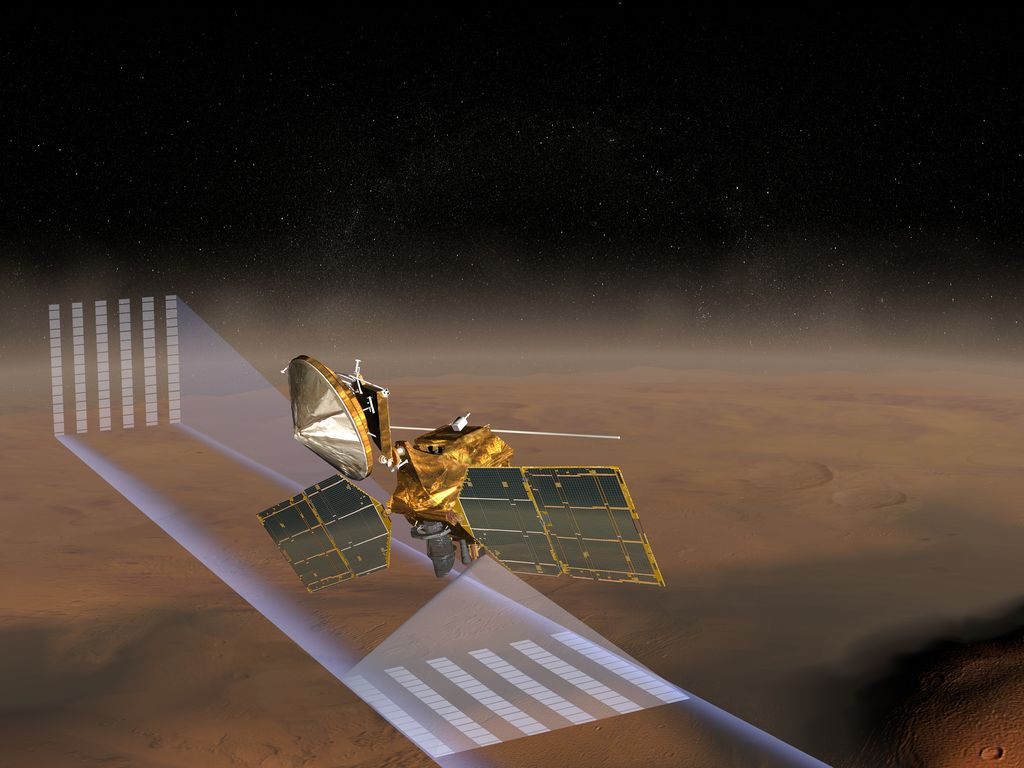 The orbit is also "sun-synchronous," which means it twists around Mars at the same rate that Mars moves around the Sun. That means that every time the orbiter crosses the sunlit side of Mars from south to north, the ground below is always viewed at the same time of day -- 3 o'clock in the martian afternoon over the equator.

The spacecraft completes 12 orbits per day. The swath of ground directly below is known as the ground track. After 359 days of orbits, the ground tracks cover the surface of Mars in a fine pattern with less than 5 kilometers (3 miles) of separation between them. Due to small variations in the gravity field, atmosphere, and orbit control strategy, the fine pattern is not regular or precise, but still allows excellent coverage and repeated opportunities to observe particular sites on the martian surface and changes there through time.

(See also details about the orbiter in its science configuration.)