Where is the Orbiter Now?

Follow Mars Reconnaissance Orbiter through these simulated views, which are updated every 5 minutes.

The upper box shows the ground track of the orbiter drawn over a map of Mars. The white line is the path of the orbiter, and the bowtie is the current location of the spacecraft along that path. The darkened portion of the map is the part of Mars that is currently on the night side. Features of particular interest, including the Opportunity landing site (MER-B) and the Curiosity landing site (Gale Crater), are marked on the map.

The lower left box shows the relative positions of Mars and Earth in their orbits around the Sun. Occasional blue dashed lines connecting Earth and Mars appear when we are talking to MRO via the Deep Space Network.

The lower right box shows the view of Mars from the Earth, with the MRO orbit as a white line.

Click on an image to view a larger version. 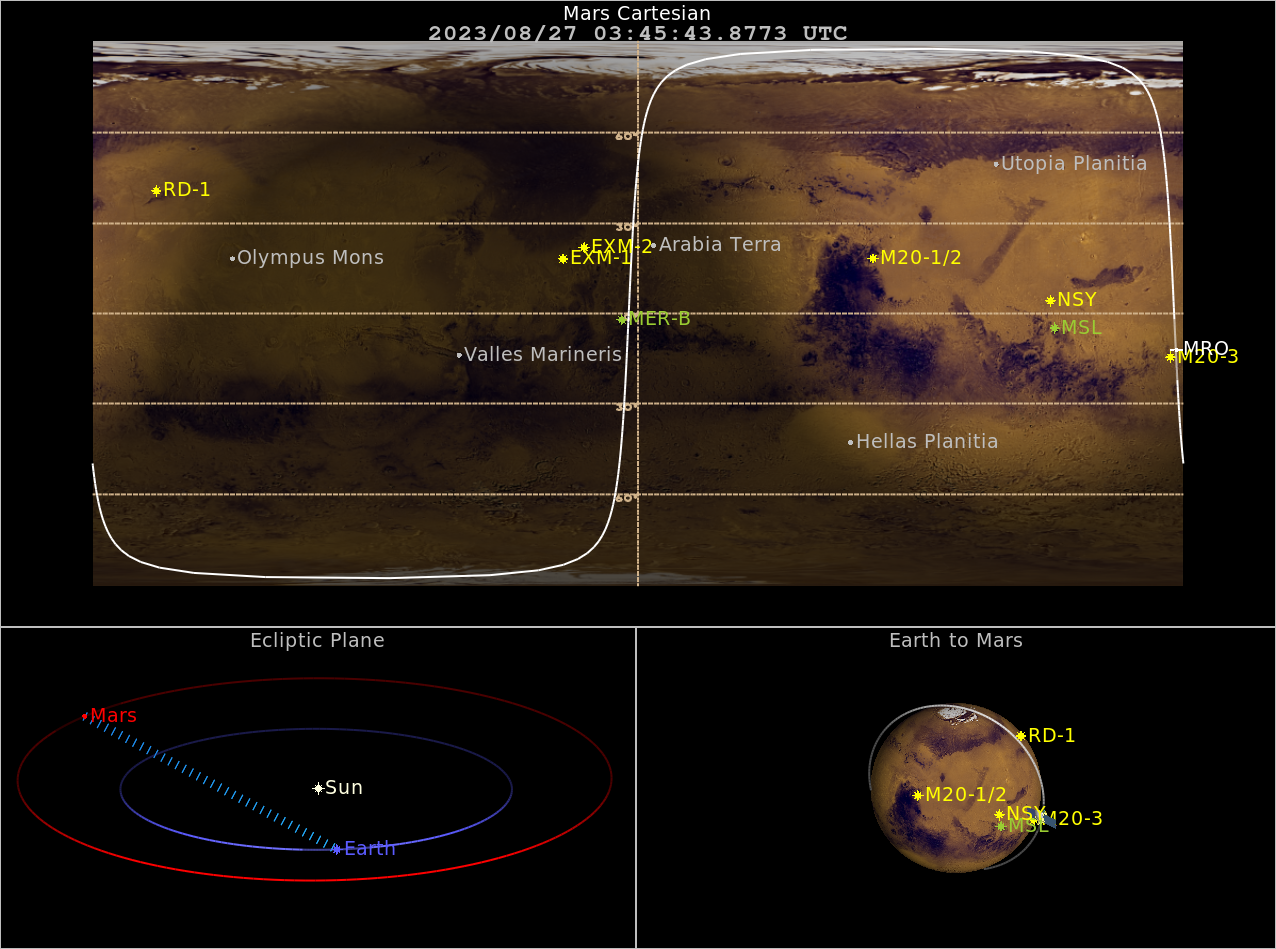