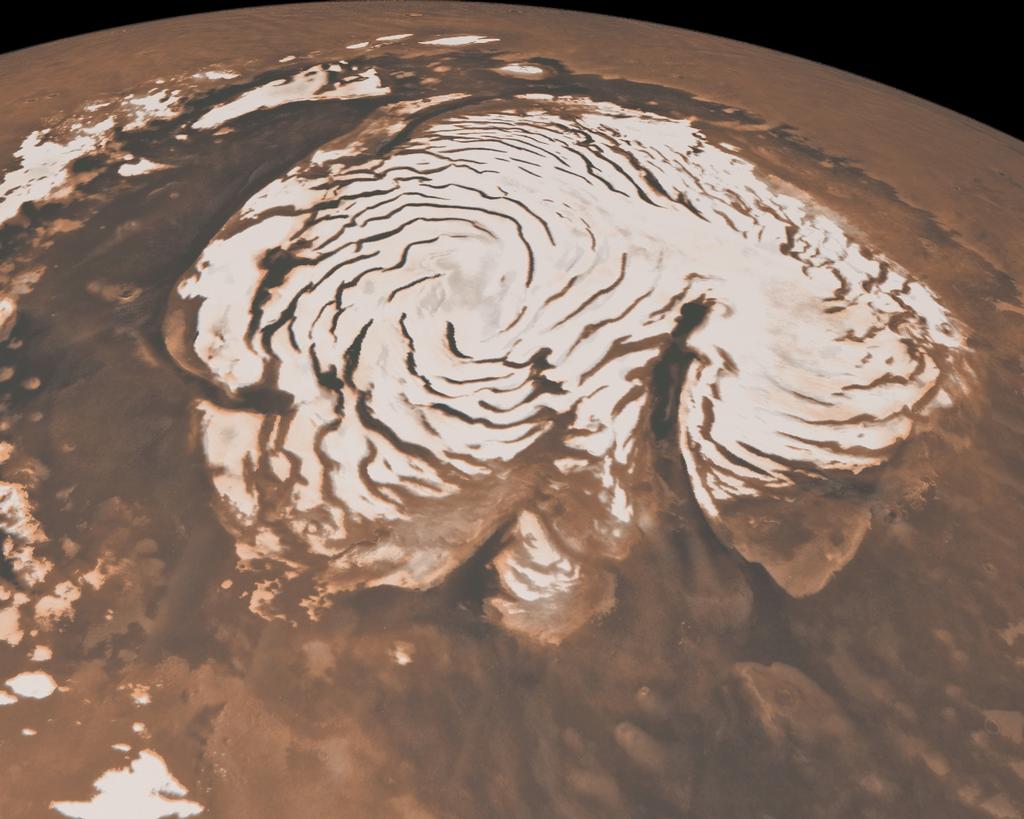 This image, combining data from two instruments aboard NASA's Mars Global Surveyor, depicts an orbital view of the north polar region of Mars.

The ice-rich polar cap (the quasi-circular white area at center) is approximately 1,000 kilometers (621 miles) across. The white cap is riven with dark, spiral-shaped bands. These are deep troughs that are in shadow. They do not reflect sunlight as well or have more internal layers exposed. To the right of center, a large canyon, Chasma Boreale, almost bisects the ice cap. Chasma Boreale is about the length of the United States' famous Grand Canyon and up to 2 kilometers (1.2 miles) deep.

New findings from the shallow radar instrument aboard the Mars Reconnaissance Orbiter have revealed subsurface geology in this region, allowing scientists to reconstruct the formation process of the large chasm and spiral troughs.

Mars Global Surveyor, launched in 1996, operated longer at Mars than any other spacecraft in history. It went silent in November 2006, after gathering data at Mars for more than four times as long as originally planned.
Image Credit: NASA/JPL-Caltech/MSSS