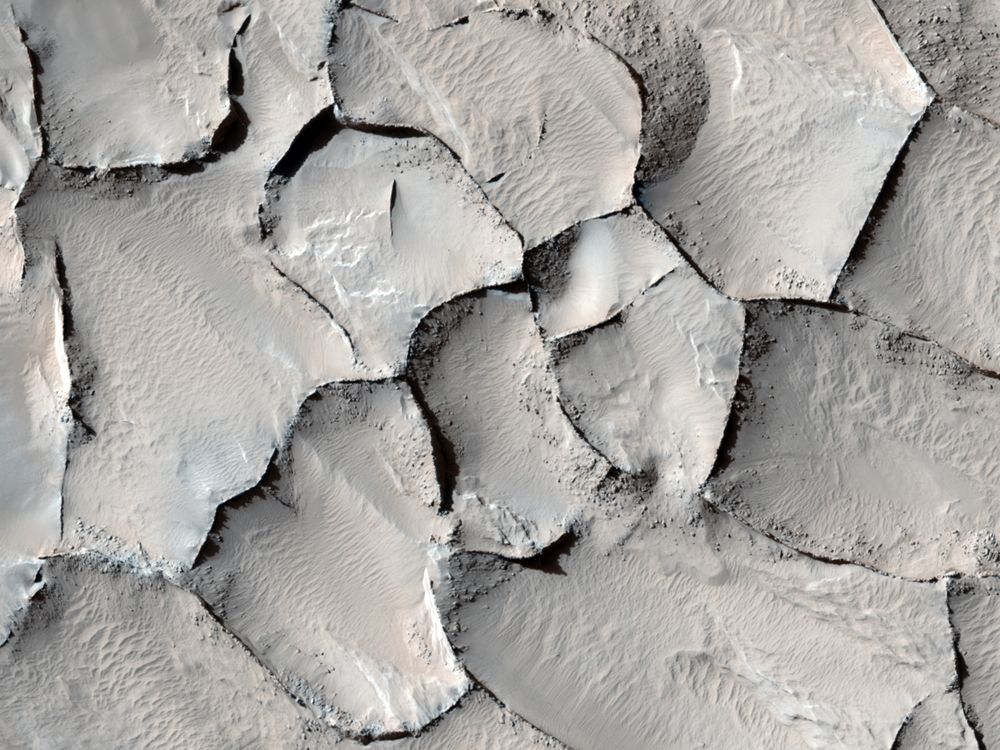 This image from the Gordii Dorsum region of Mars shows a large area covered with polygonal ridges in an almost geometric pattern. The ridges may have originally been dunes that hardened through the action of an unknown process. Groundwater might have been involved.

The High Resolution Imaging Science Experiment (HiRISE) camera on NASA's Mars Reconnaissance Orbiter captured this scene on April 9, 2010. This image spans a distance of about 1 kilometer (0.6 mile) and is presented in false color, which aids in distinguishing among surface materials and textures. It is a portion of the HiRISE observation catalogued as ESP_017348_1910, an area centered at 10.8 degrees north latitude, 212.2 degrees east longitude. Other image products from this observation are available at http://hirise.lpl.arizona.edu/ESP_017348_1910.