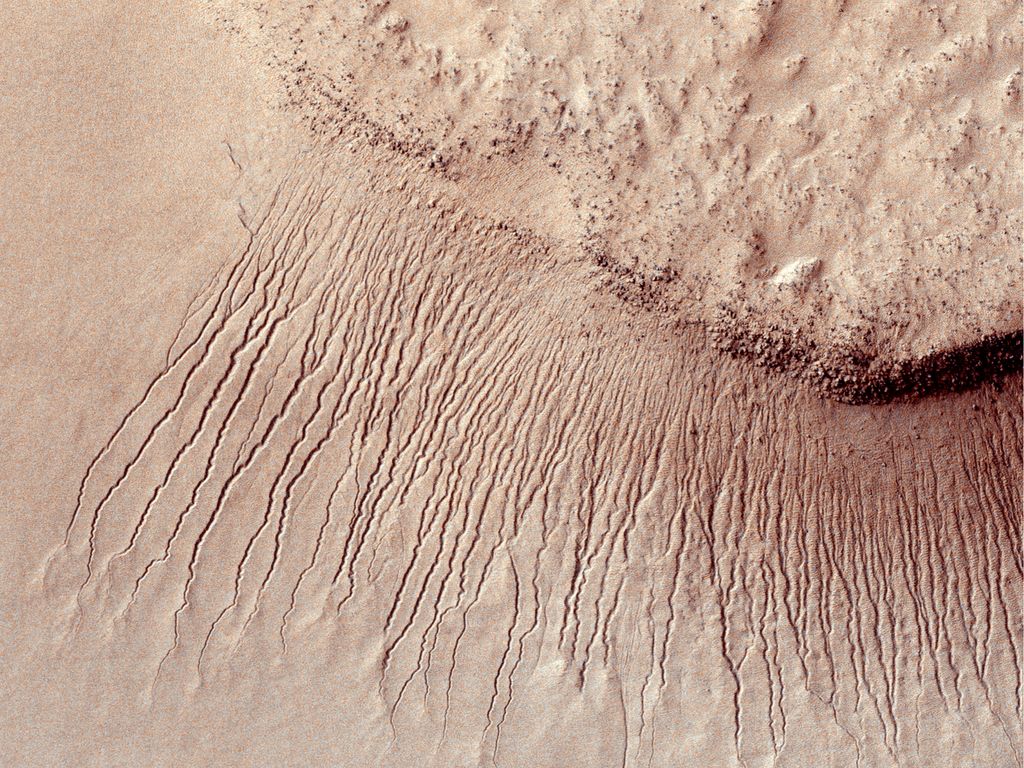 Images like this from the High Resolution Imaging Science Experiment (HiRISE) camera on NASA's Mars Reconnaissance Orbiter show portions of the Martian surface in unprecedented detail.  This one shows many channels from 1 meter to 10 meters (approximately 3 feet to 33 feet) wide on a scarp in the Hellas impact basin. On Earth we would call these gullies. Some larger channels on Mars that are sometimes called gullies are big enough to be called ravines on Earth.

This view is an excerpt from a HiRISE observation taken on Jan. 14, 2011, nearly five years after the March 10, 2006, arrival of the Mars Reconnaissance Orbiter at Mars. North is up. The image was taken at 3:44 p.m. local Mars time. Additional image products from this observation are available at http://hirise.lpl.arizona.edu/ESP_020940_1315. The observation is centered at 48.4 degrees south latitude, 73.5 degree east longitude.