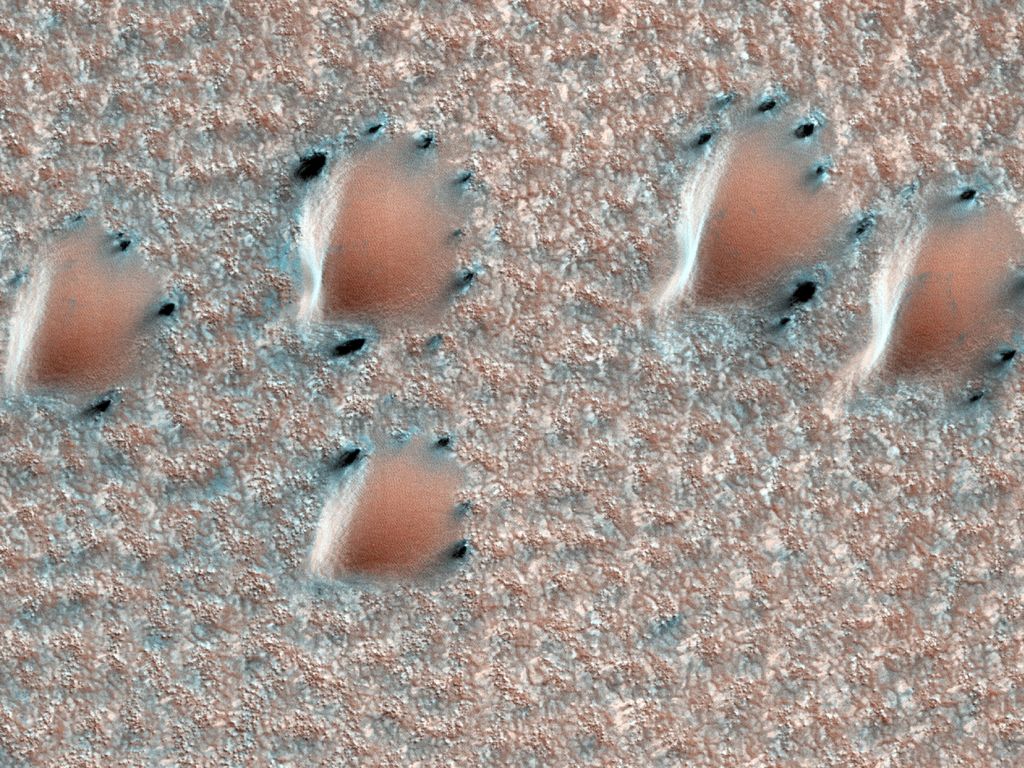 This scene is from early spring in the northern hemisphere of Mars. These dunes are covered with a layer of seasonal carbon dioxide ice (dry ice). Bluish cracks in the ice are visible across the top of some of the dunes.

Dark fan-shaped deposits around the edges of the dunes are at spots where the ice has sublimated (gone directly from ice to gas) and the ice layer has ruptured, allowing the sand from the dune to escape out from under the ice. The sand is then free to be blown by the wind.

This image is one product from an observation by the High Resolution Imaging Science Experiment (HiRISE) camera taken on Sept. 30, 2011, at 73.3 degrees north latitude, 355.1 degrees east longitude. Other image products from the same observation are at http://www.uahirise.org/ESP_024265_2535 .