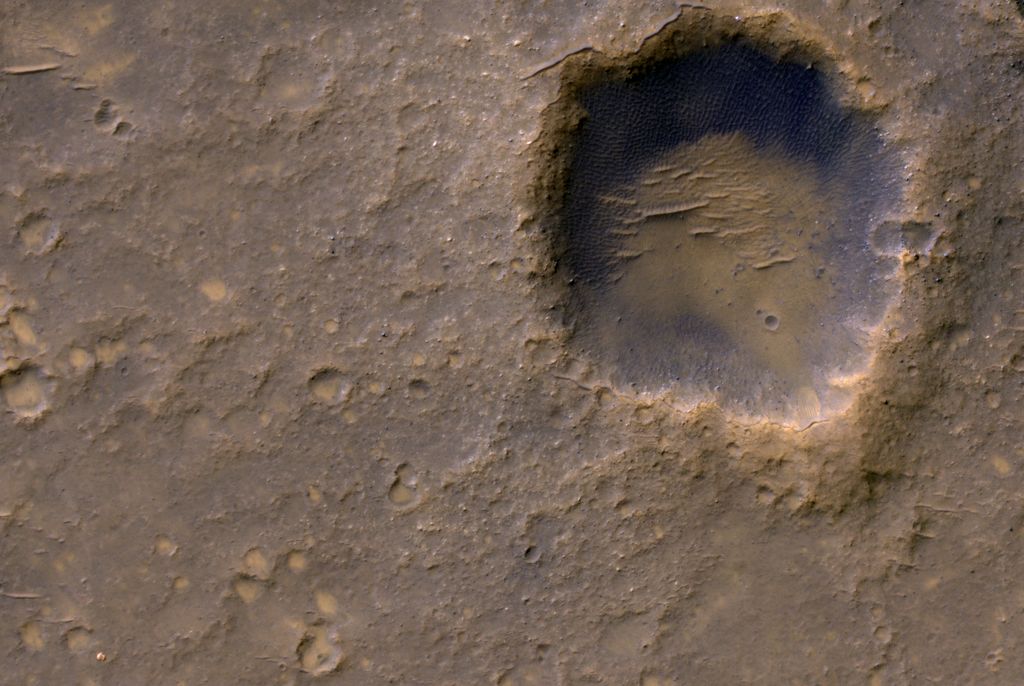 Near the lower left corner of this view is the three-petal lander platform that NASA's Mars Exploration Rover Spirit drove off in January 2004. The lander is still bright, but with a reddish color, probably due to accumulation of Martian dust.

The High Resolution Imaging Science Experiment (HiRISE) camera on NASA's Mars Reconnaissance Orbiter recorded this view on Jan. 29, 2012, providing the first image from orbit to show Spirit's lander platform in color. The view covers an area about 2,000 feet (about 600 meters) wide, dominated by Bonneveille Crater. North is up. A bright spot on the northern edge of Bonneville Crater is a remnant of Spirit's heat shield.

Spirit spent most of its six-year working life in a range of hills about two miles east of its landing site. An image of the lander platform taken by Spirit's Panoramic Camera (Pancam) after the rover had driven off is at http://photojournal.jpl.nasa.gov/catalog/PIA05117. The bright heat shield remnant can be seen in a panorama the same camera took of Bonneville Crater, at http://photojournal.jpl.nasa.gov/jpeg/PIA05591.jpg .