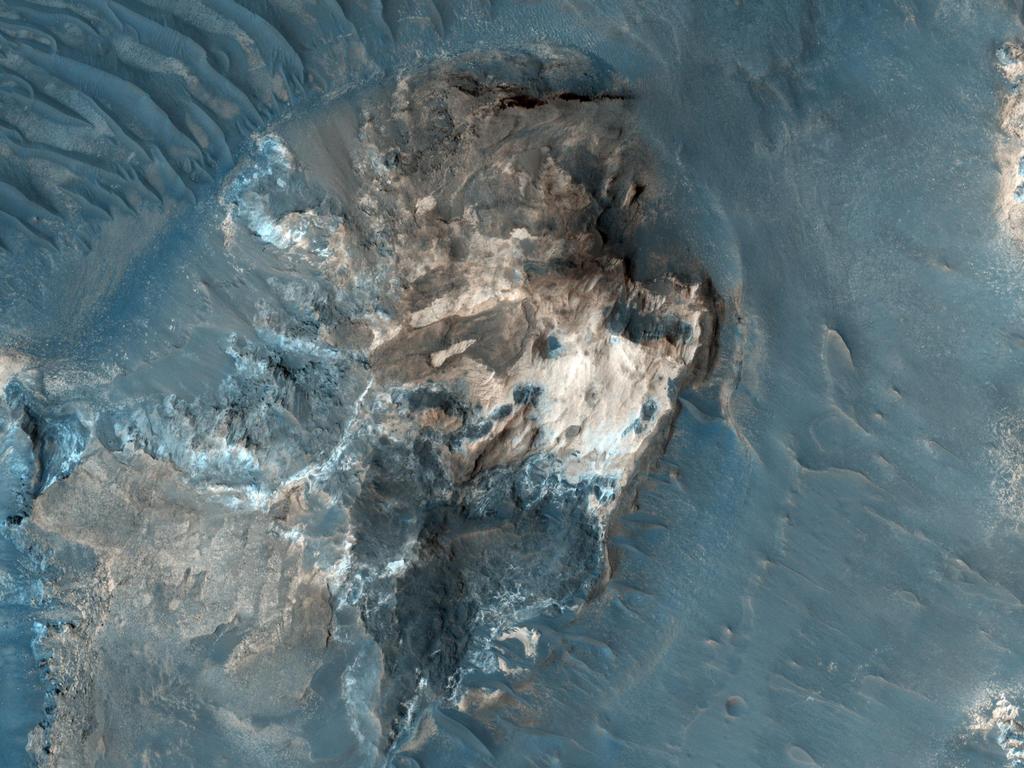 The formation of the large outflow channels on Mars have been attributed to catastrophic discharges of ground water. Many of the channels start in areas where the ground has apparently collapsed: the surface is now well below the surrounding undisturbed ground. Within the collapsed region, blocks of undisturbed material can often be seen and this has led to such regions being called chaotic terrain.

In Aureum Chaos, the OMEGA experiment on Mars Express indicated the presence of phyllosilicates (clay minerals) which have been detected in a variety of bright outcrops and scarps. The subimage shows such an outcrop in a chaotic terrain region. At the highest resolution, layering can be seen. The image will be used to assess at what stage in Mars's history these clays minerals were formed and how.

The area referred to as Aureum Chaos is located at 334 degrees East, 4 degrees South on the West side of the Margaritifer Terra region of Mars.
Image Credit: NASA/JPL-Caltech/Univ. of Arizona