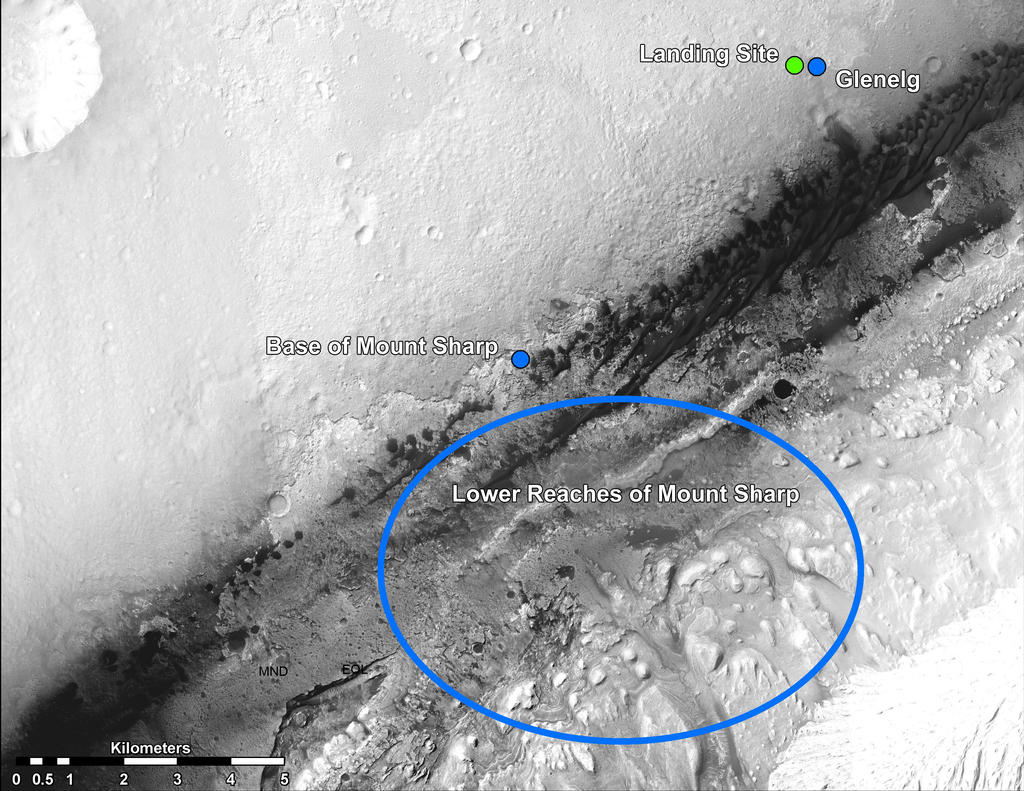 This image shows the landing site of NASA's Curiosity rover and destinations scientists want to investigate. Curiosity landed inside Gale Crater on Mars on Aug. 5 PDT (Aug. 6 EDT) at the green dot, within the Yellowknife quadrangle. The team has chosen for it to move toward the region marked by a blue dot that is nicknamed Glenelg. That area marks the intersection of three kinds of terrain. The science team thought the name Glenelg was appropriate because, if Curiosity traveled there, it would visit it twice -- both coming and going -- and the word Glenelg is a palindrome. Then, the rover will aim to drive to the blue spot marked "Base of Mt. Sharp", which is a natural break in the dunes that will allow Curiosity to begin scaling the lower reaches of Mount Sharp. At the base of Mt. Sharp are layered buttes and mesas that scientists hope will reveal the area's geological history.

These annotations have been made on top of an image acquired by the High Resolution Imaging Science Experiment (HiRISE) camera on NASA's Mars Reconnaissance Orbiter.
Image Credit: NASA/JPL-Caltech/Univ. of Arizona