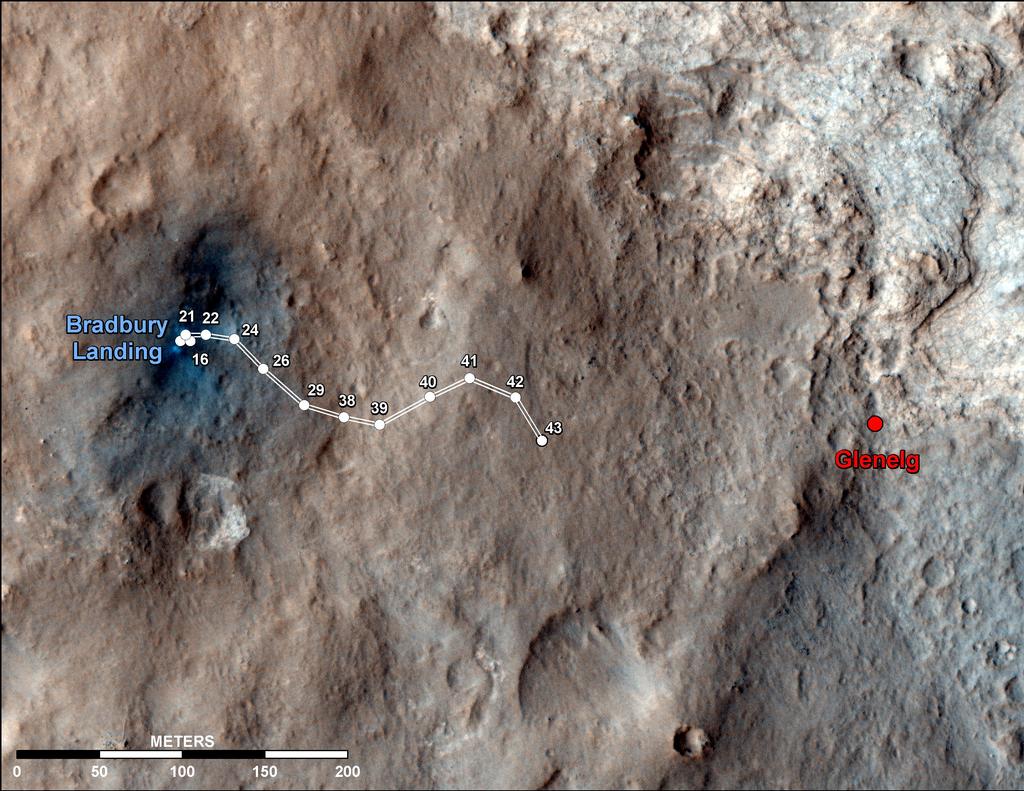 This map shows the route driven by NASA's Mars rover Curiosity through the 43rd Martian day, or sol, of the rover's mission on Mars (Sept. 19, 2012).

The route starts where the rover touched down, a site subsequently named Bradbury Landing. The line extending toward the right (eastward) from Bradbury Landing is the rover's path. Numbering of the dots along the line indicate the sol number of each drive. North is up. The scale bar is 200 meters (656 feet).

By Sol 43, Curiosity had driven at total of about 950 feet (290 meters). The Glenelg area farther east is the mission's first major science destination, selected as likely to offer a good target for Curiosity's first analysis of powder collected by drilling into a rock.

The image used for the map is from an observation of the landing site by the High Resolution Imaging Science Experiment (HiRISE) instrument on NASA's Mars Reconnaissance Orbiter.
Image Credit: NASA/JPL-Caltech/Univ. of Arizona