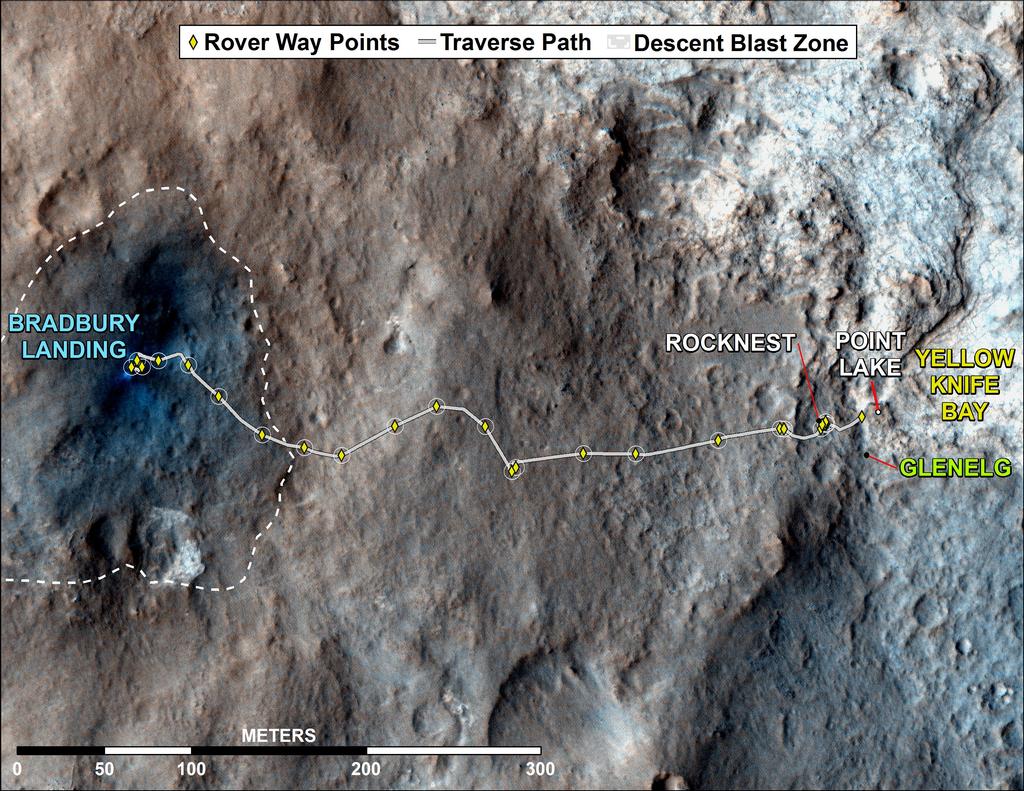 This map shows where NASA's Mars rover Curiosity has driven since landing at a site subsequently named "Bradbury Landing," and traveling to an overlook position near beside "Point Lake," in drives totaling 1,703 feet (519 meters). The rover landed on Aug. 5 Pacific Time (Aug. 6, Universal Time). It was at the easternmost waypoint on this map on Nov. 30, 2012. It worked on scoops of soil for a few weeks at the drift of windblown sand called "Rocknest." The place called "Glenelg" is where three types of terrain meet. The depression called "Yellowknife Bay" is a potential location for selecting the first target rock for Curiosity's hammering drill.

All of these sites are within Gale Crater and north of the mountain called Mount Sharp in the middle of the crater. After using its drill in the Glenelg area, the rover's main science destination will be on the lower reaches of Mount Sharp. For broader-context images of the area, see http://photojournal.jpl.nasa.gov/catalog/PIA16064 and http://photojournal.jpl.nasa.gov/catalog/PIA16064.

The base image from the map is from the High Resolution Imaging Science Experiment Camera (HiRISE) in NASA's Mars Reconnaissance Orbiter.
Image Credit: NASA/JPL-Caltech/Univ. of Arizona