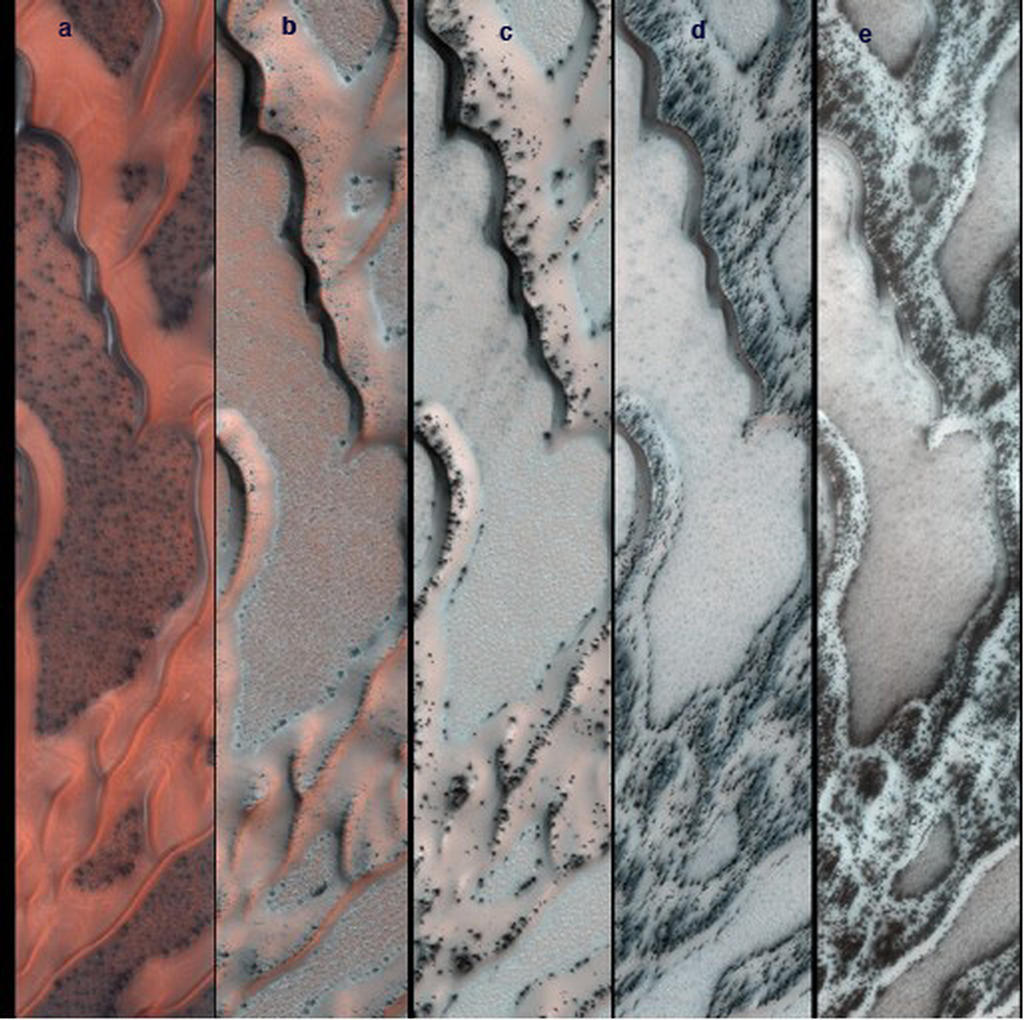 The High Resolution Imaging Science Experiment (HiRISE) camera on NASA's Mars Reconnaissance Orbiter snapped this series of false-color pictures of sand dunes in the north polar region of Mars. The area covered in each of the five panels is about 0.8 mile (1.3 kilometers) wide.

The progression begins at left (Panel A) in early spring, when the ground is covered by a seasonal layer of carbon dioxide ice (dry ice) about 2 feet thick. As spring progresses the ice cracks (Panel B), releasing dark sand from the dune below. When pressurized gas trapped below the ice layer is released, it carries along sand and dust to the top of the ice layer, where it is dropped in fan-shaped deposits downhill and downwind (panels C and D). The final panel shows more and more of the dark dunes as the overlying layer of seasonal ice evaporates back into the atmosphere.

The location in this series of images is at 80 degrees north latitude, 122.5 degrees east longitude.
Image Credit: NASA/JPL-Caltech/Univ. of Arizona