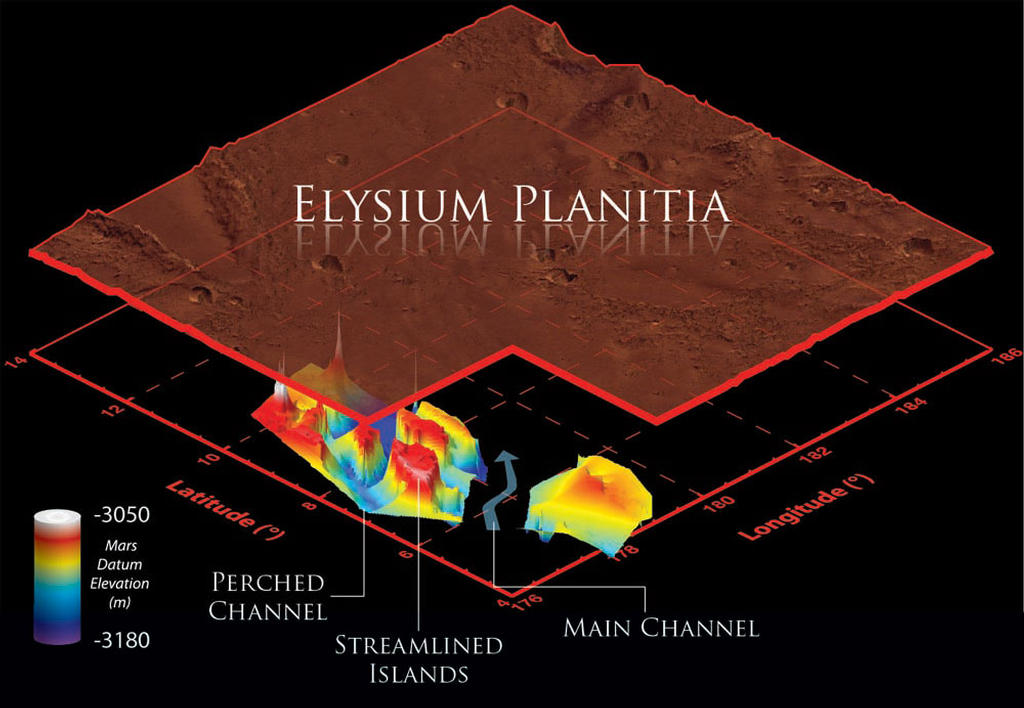 This illustration schematically shows where the Shallow Radar instrument on NASA's Mars Reconnaissance Orbiter detected flood channels that had been buried by lava flows in the Elysium Planitia region of Mars.

In this illustration, the surface has been elevated, and scaled by a factor of one to 100 for clarity. The color scale represents the elevation of the buried channels relative to a Martian datum, or reference elevation. The reason the values are negative is because the elevation of the surface of Mars in this region is also a negative -- below average global elevation.
Image Credit: NASA/JPL-Caltech/Sapienza University of Rome/Smithsonian Institution/USGS