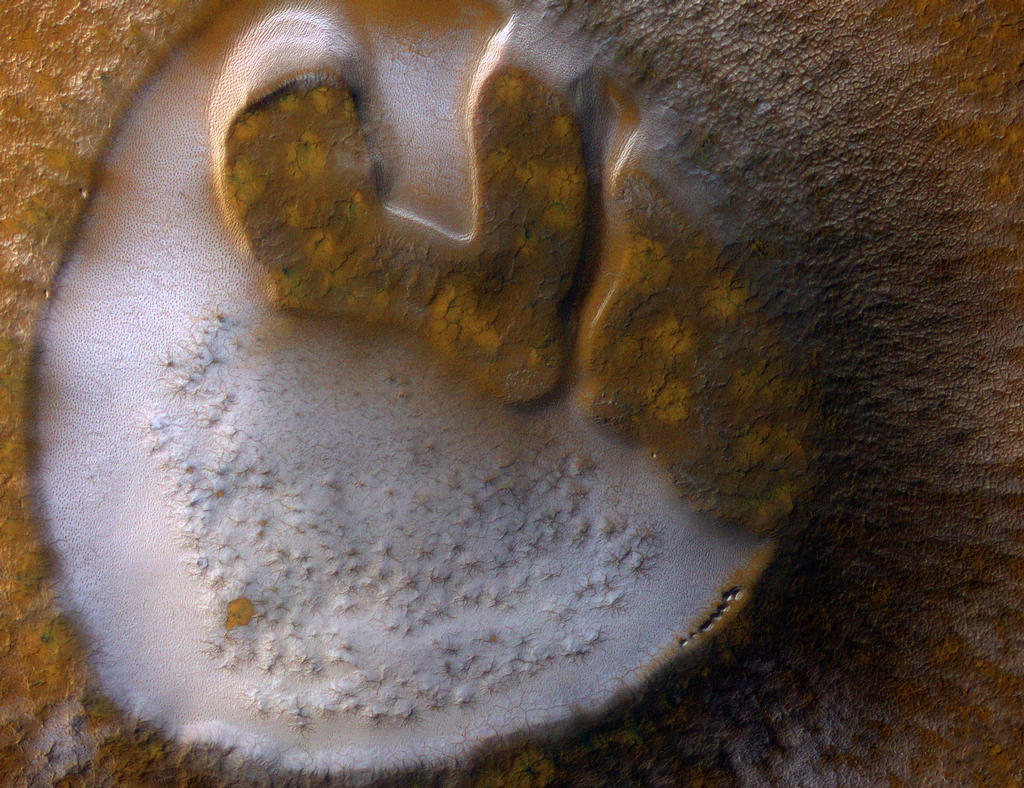 Mars's seasonal polar caps are composed primarily of carbon-dioxide frost. This frost sublimates (changes from solid directly to gas) in the spring, boosting the pressure of Mars's thin atmosphere. In the fall, the carbon dioxide condenses, causing the polar caps to reach as far as ~55 degrees latitude by late winter. In the study of seasonal processes we observe the caps as they increase and decrease in size to investigate both large-scale effects on Mars as well as the local details of the sublimation and condensation processes. By learning about current processes on a local level we can learn more about how to interpret the geological record of climate changes on Mars.
Image Credit: NASA/JPL-Caltech/University of Arizona
All Images