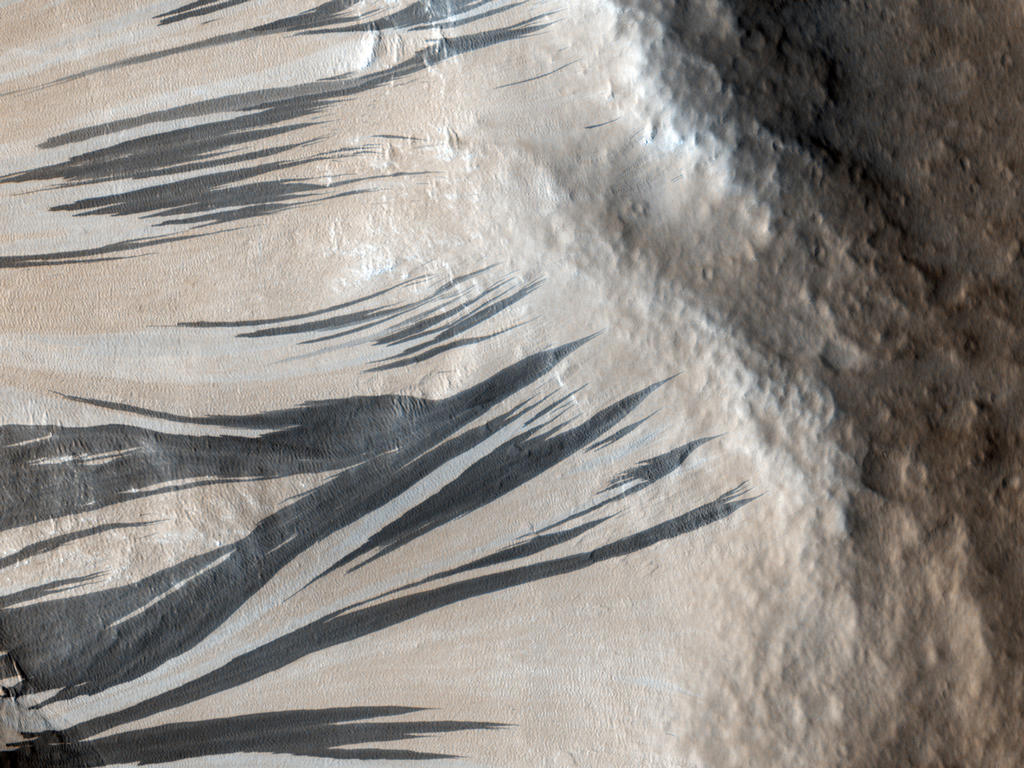 This observation shows a portion of the wall (light-toned material) and floor of a trough in the Acheron Fossae region of Mars.

Many dark and light-toned slope streaks are visible on the wall of the trough surrounded by dunes. Slope streak formation is among the few known processes currently active on Mars. While the mechanism of formation and triggering is debated, they are most commonly believed to form by downslope movement of extremely dry sand or very fine-grained dust in an almost fluidlike manner (analogous to a terrestrial snow avalanche) exposing darker underlying material.

Some of the slope streaks show evidence that downslope movement is being diverted around obstacles, such as large boulders, and a few appear to originate at boulders or clumps of rocky material. These slope streaks, as well as others on the planet, do not have deposits of displaced material at their downslope ends. The darkest slope streaks are youngest and can be seen to cross cut and lie on top of the older and lighter-toned streaks. The lighter-toned streaks are believed to be dark streaks that are lightening with time as new dust is deposited on their surface.
Image Credit: NASA/JPL-Caltech/University of Arizona