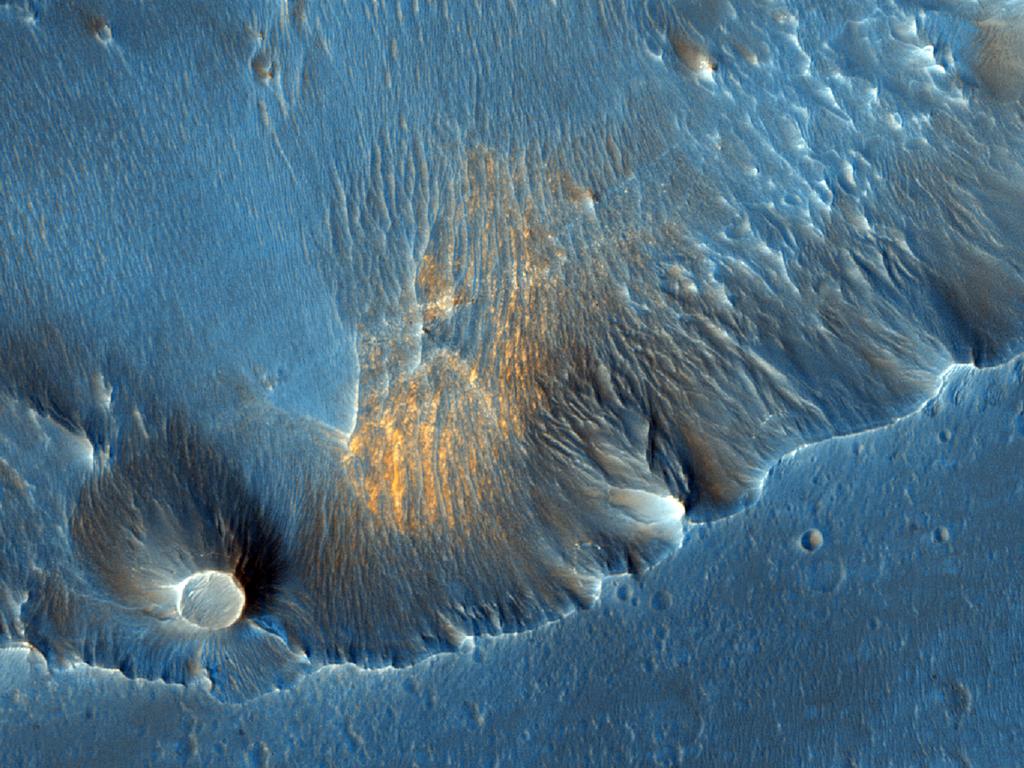 Crystalline gray hematite (Fe2O3) was first detected on Mars using the Thermal Emission Spectrometer (TES). The landing site for the Mars Exploration Rover (MER) Opportunity was chosen at one of these hematite sites in Meridiani Planum.

After landing and driving around on the surface, scientists discovered that the hematite occurred in millimeter-size rounded particles that were concentrated along the upper surfaces of the soils.

In this HiRISE image taken within Capri Chasma, TES also detected the same crystalline gray hematite like that found at Meridiani Planum. The enhanced-color image shows a red surface, consistent with a material that contains the element iron. The plains here are similar to those seen at Meridiani Planum and suggest that hematite-rich particles are concentrating on the upper soils where they can be detected from orbit by TES.
Image Credit: NASA/JPL-Caltech/University of Arizona