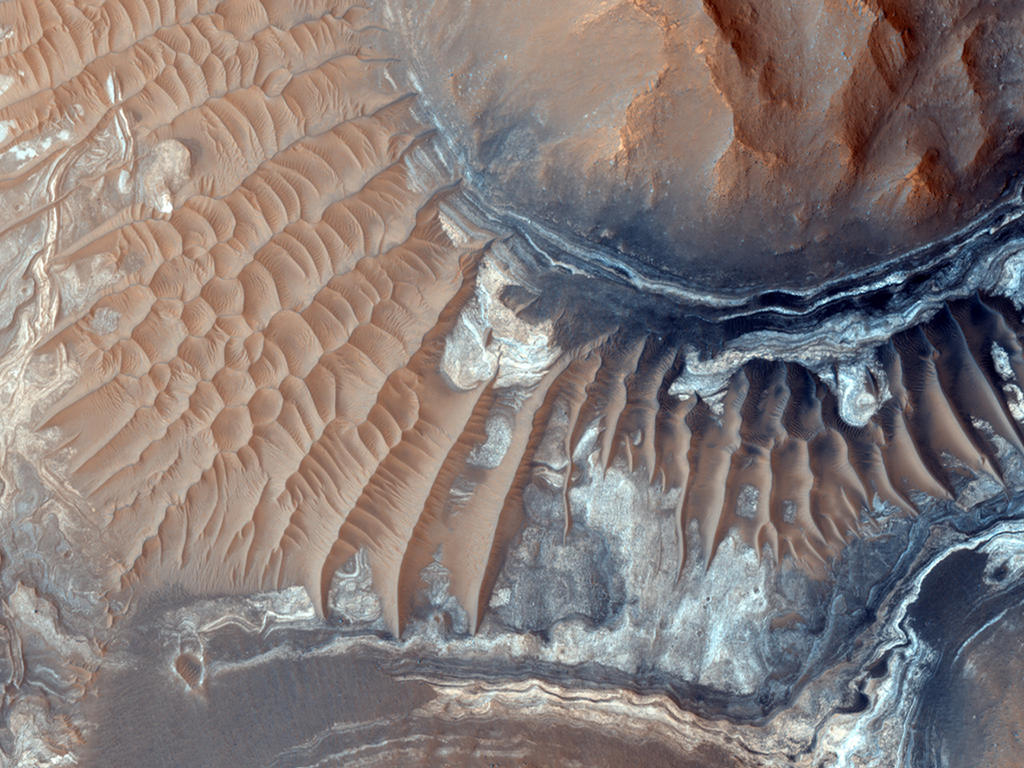 This image reveals exposed layers in Noctis Labyrinthus which may contain signatures of iron bearing sulfates and phyllosilcate (clay) minerals.

JPL, a division of the California Institute of Technology in Pasadena, manages the Mars Reconnaissance Orbiter for NASA's Science Mission Directorate, Washington. Lockheed Martin Space Systems is the prime contractor for the project and built the spacecraft. The HiRISE camera was built by Ball Aerospace & Technologies Corporation and is operated by the University of Arizona.
Image Credit: NASA/JPL-Caltech/University of Arizona