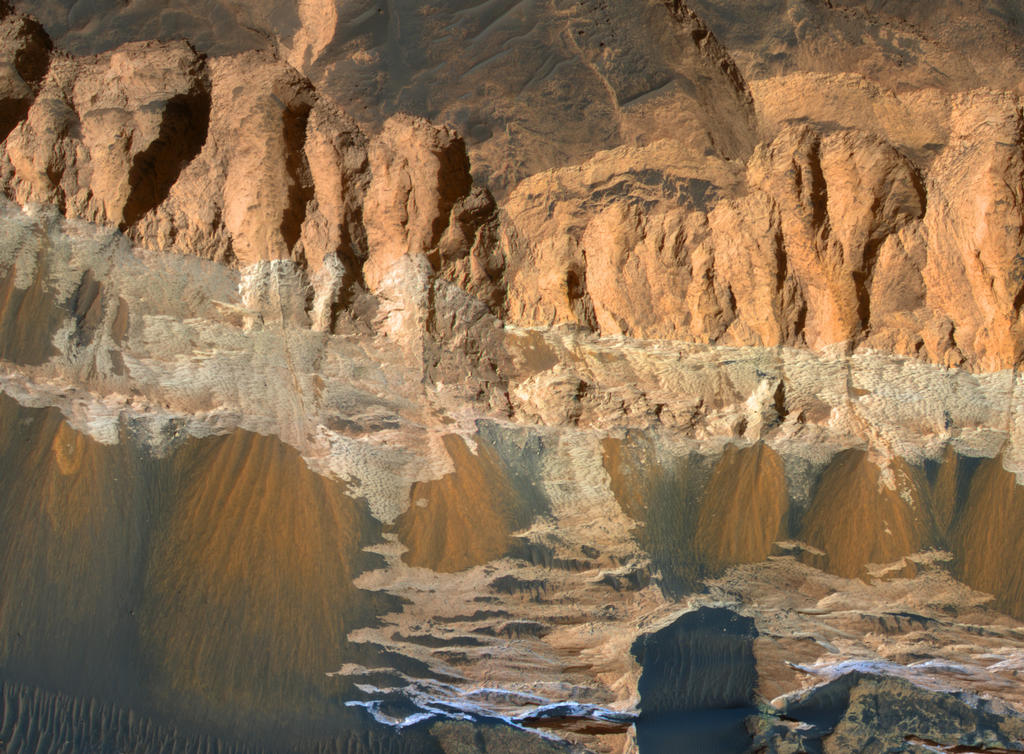 This observation shows erosional features on light-toned rocks in Aram Chaos, a crater near the equator of Mars that has been nearly filled with sedimentary rocks.

In enhanced color, the sediments are very distinctive. The rocks show a sharp change in color partway down the slope, indicating a change in the properties of the rock, probably to a different composition.

The erosional features have alcoves with aprons downslope, and in some cases have hints of channels, potentially due to abrasion by falling debris. These morphologies bear some resemblance to gullies commonly found in the mid-latitudes, which are often thought to have formed due to erosion by liquid water from melting snow. Near the equator, however, snowmelt in Mars' recent climate is less likely.
Image Credit: NASA/JPL-Caltech/University of Arizona