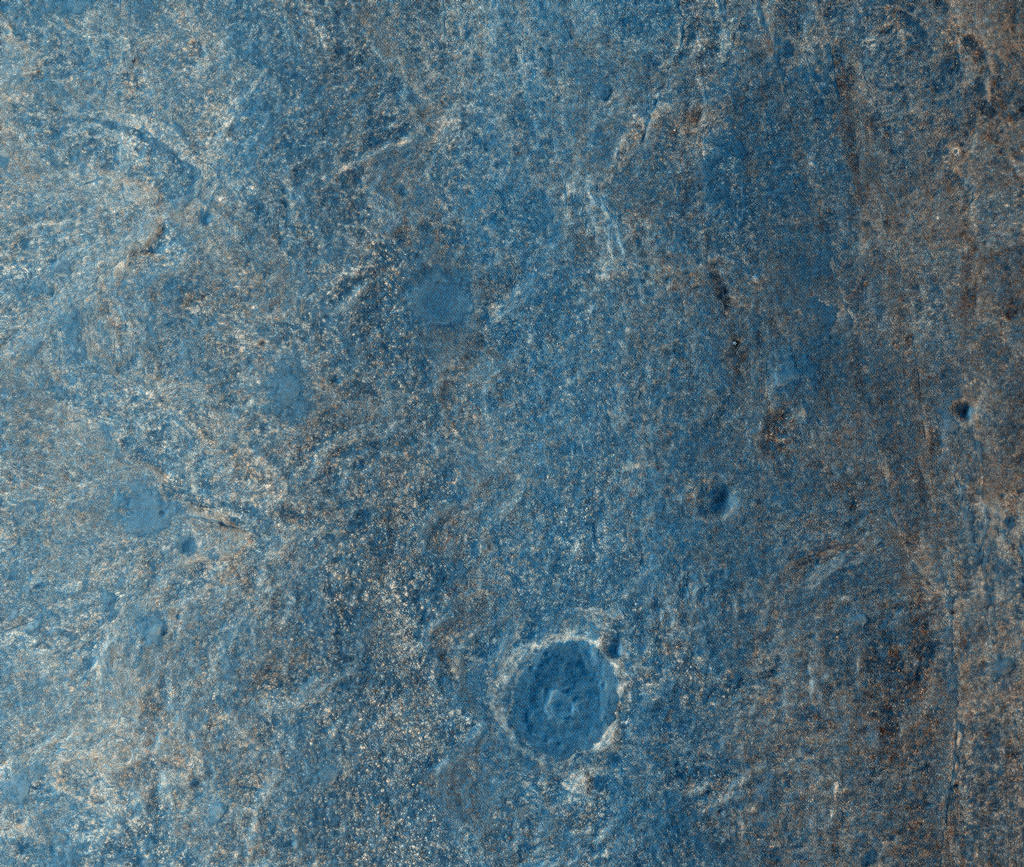 NASA's Mars Exploration Rover Opportunity has been on the western rim of Endeavour Crater in Meridiani Planum for about two years. Until May 2013, it was investigating sedimentary layers that are three to four billion years old on a portion of the rim called "Cape York." This image taken by the High Resolution Imaging Science Experiment (HiRISE) camera on NASA's Mars Reconnaissance Orbiter on July 8, 2013, captures Opportunity traversing south (at the end of the white arrow) to new science targets and a winter haven at "Solander Point," another portion of the Endeavour rim. The relatively level ground between Cape York and Solander Point is called "Botany Bay." The image was taken 10 years after Opportunity was launched from Florida on July 7, 2013, EDT and PDT (July 8, Universal Time).

View and read the annotated version for the full caption.